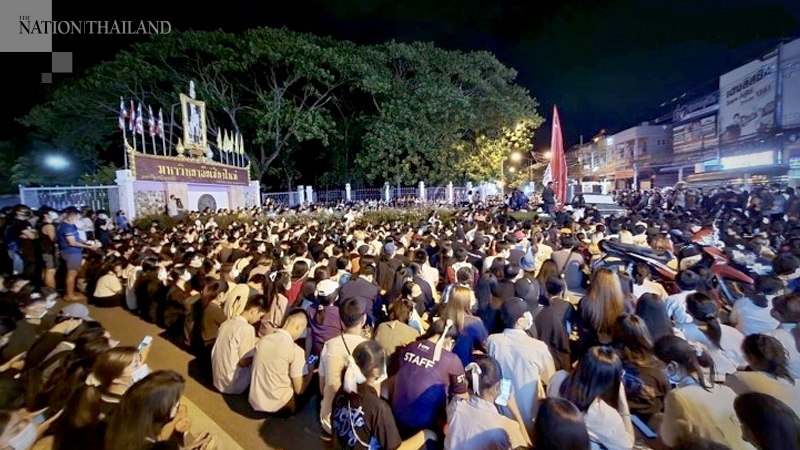 Anon and Prasit were among other leaders arrested for participating in a rally near Government House that started on Wednesday after which Prime Minister Prayut Chan-o-cha declared a state of emergency in Bangkok effective from 4am on Thursday. 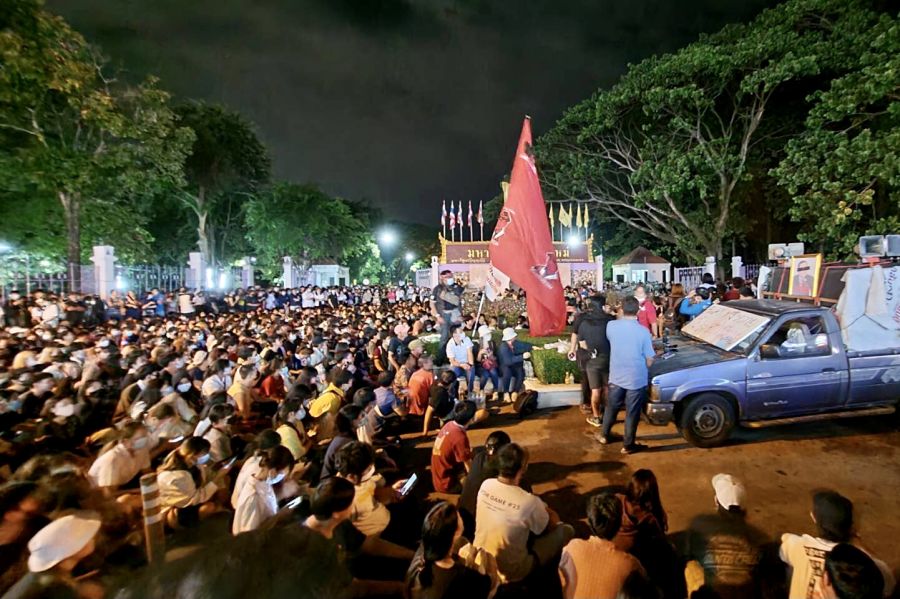 At the gathering on Huay Kaew Road in Chiang Mai’s Muang district, the students who called themselves “Prachakhom Mor Chor” (Chiang Mai U Community), took turns to give speeches about pro-democracy movements, while urging the university to take action by helping Prasit, a Faculty of Humanities student at the university, to get his freedom.

1. The university must declare their standpoint regarding the arrested student;

2. The government must stop harassing the people and revoke the state of emergency;

3. The arrested rally leaders must be released.

They also threatened to ratchet up their rallies if these demands were not met.