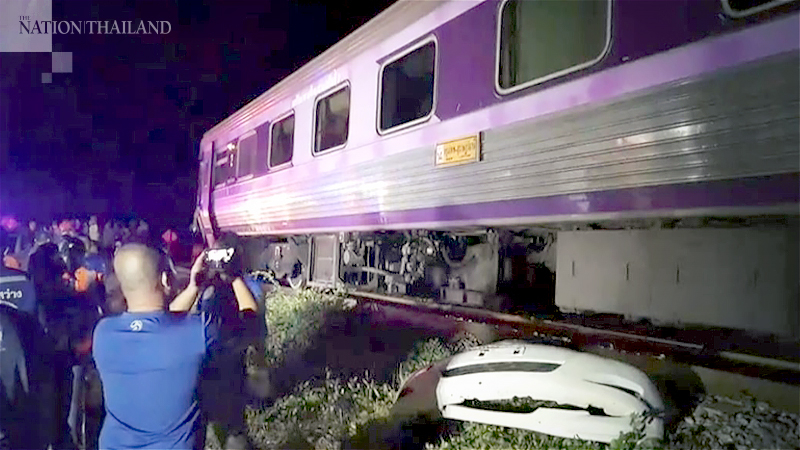 Less than a week after a bus was hit by a train in Chachoengsao province, a car and a train collided in Phetchaburi on Thursday night killing one and injuring two others.

Officers from Khao Yoi Police Station collected the body of a 21-year-old woman who was driving the car, and took the two male passengers who were seriously injured to hospital.

Initial investigation showed that the victims worked at a factory in Samut Songkhram province and had gone to Khao Yoi district for a meal.

They were heading home when they got hit by a train while crossing a railway track.

Five days ago, a train hit a bus killing 18 people, which sparked criticism over the safety of Thailand’s railway system.