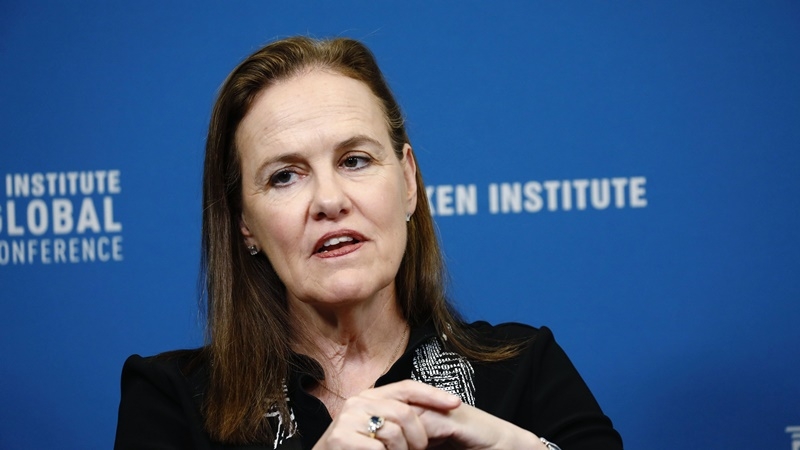 If Joe Biden wins the presidency next month, he plans to fill his national-security team exactly the way Donald Trump didn't -- with officials well-known inside the Washington Beltway who carry resumes full of government experience.

There won't be any Rex Tillerson-type picks. The former Exxon Mobil Corp. chief was an outside-the-box choice for secretary of state who arrived with a stellar background but no government experience and quickly lost support in the Oval Office, Congress and his own building. He was fired by tweet.

Top Pentagon and intelligence posts are likewise expected to be filled by people who have worked in those fields for years.

For defense secretary, the odds-on favorite is Michele Flournoy, a former undersecretary of defense who was seen as Hillary Clinton's pick for the job if she'd won in 2016. Flournoy was the highest-ranking woman in Pentagon history when she was the top adviser to then-Defense Secretary Robert Gates in 2009, and would be the first woman in that job.

Another potential Pentagon candidate is Jeh Johnson, who led the Department of Homeland Security under Obama. Johnson, 63, would be the first African American in that position.

The challenges facing Team Biden -- or Team Trump if the president wins -- would be enormous: the covid-19 pandemic continues to rage, North Korea recently displayed a next-generation ICBM, Iran is ramping up uranium enrichment, Russia has again been accused of election meddling and tensions with China are at a generational high. Even historic U.S. allies now look warily at Washington.

In filling top posts, Biden would take a lower-key approach meant to signal a return to normalcy, reassure U.S. allies and stand as a rejection of the reality-show selection process that marked Trump's 2017 Cabinet choices. In those early months, Trump reveled in surprise and spectacle as he summoned contenders to his condo tower in New York and golf course in New Jersey, parading them before the cameras.

"This is not going to be viewed as a time for radical experimentation," said Brian Katulis, a senior fellow at the left-leaning Center for American Progress. "Trump's unpredictable, erratic approach has pushed the country into uncharted territory and there's very little appetite to swing the pendulum in the completely opposite direction."

The job of being one of America's top spy chiefs -- director of national intelligence or CIA director -- could be Avril Haines's for the taking, according to the people. The 51-year-old lawyer served as both deputy national security adviser and deputy director of the CIA under President Barack Obama.

Others likely to get key roles touching on foreign policy are Jake Sullivan, the 43-year-old former longtime adviser to Hillary Clinton and Biden, and Lisa Monaco, Obama's homeland security adviser, who may get picked to lead the Department of Homeland Security.

If Biden seeks to add some bipartisan credentials to his Cabinet, one potential but less likely pick for secretary of state could be Utah Sen. Mitt Romney, who famously dined on frog legs with Trump four years ago when he was looking to fill that post. He was the sole Republican to vote for Trump's removal during the impeachment process in February.

Another potential candidate for a top position is Pete Buttigieg, the former mayor of South Bend, Indiana who outperformed in the Democratic primaries and is said to have his eye on the United Nations envoy job.

Overall, Biden would do away with Trump's scorn for establishment national-security thinkers from both political parties, whom Trump accused of weakening American foreign policy for years on issues from "endless" Middle East wars to negotiations with North Korea and Iran.

Ultimately, Biden's decisions would also be shaped by his margin of victory and which party controls the Senate. If Democrats fail to win the Senate, it would make nominations for people like Rice -- who was pilloried by Republicans for her defense of the administration following a deadly attack on U.S. facilities in Libya -- harder to succeed. A Democratic landslide could embolden progressive senators like Elizabeth Warren and Bernie Sanders.

While the Biden team will stress experience, critics on the left may see a return to establishment thinking they had hoped was over. Along with their government experience, Blinken and Flournoy have spent years at think tanks and typify the Washington insider that Trump -- and many progressive Democrats -- disdain.

"If the Democrats win the Senate -- and they will if Biden wins -- then Sanders and Warren have a lot of leverage over confirmations," said Danielle Pletka, senior vice president of foreign and defense policy studies at the American Enterprise Institute. "I don't know if he'll have the political capital to stare them down."

Biden's team is said to be developing lists of hundreds of people for every possible position that could be filled. Those include ambassadors, deputy assistant secretaries and senior advisers. Some are likely to be drawn from the staff of the University of Pennsylvania's Penn Biden Center for Diplomacy and Global Engagement.

They include Julianne Smith and Ely Ratner, two former staffers who separately served as Biden's deputy national security adviser when he was vice president. Michael Carpenter, the Penn Biden Center's managing director and a former Biden adviser, is also likely to get a role.

Biden's 47 years in public service, including as chairman of the Senate Foreign Relations Committee and as vice president, is both a blessing and a curse: He has a vast network of former aides, allies and friends looking for jobs.

"You're better off creating a big tent and letting everybody in, making people feel important and like they have a role," said Kathryn Dunn Tenpas, a nonresident senior research fellow at the Brookings Institution. Yet "ultimately it's going to be him and probably a close circle of aides that are going to be making a lot of the decisions."