Police on Friday evening used water cannons to clear protesters who call themselves Khana Ratsadon 2563 (People’s Party 2020) from their rally site at the Pathumwan intersection.

A substance that causes irritation to the eyes and skin if exposed to it was reportedly mixed with the water. However, police denied firing a tear-gas mixture on protesters. 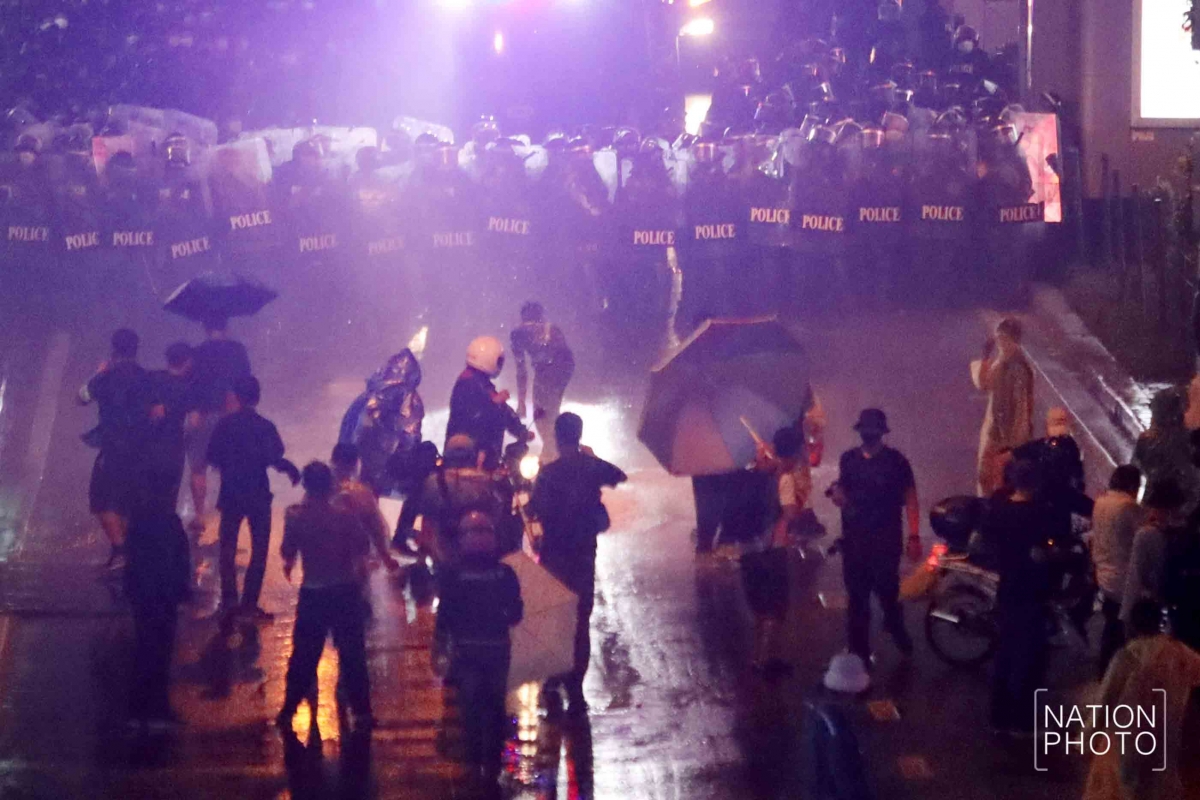 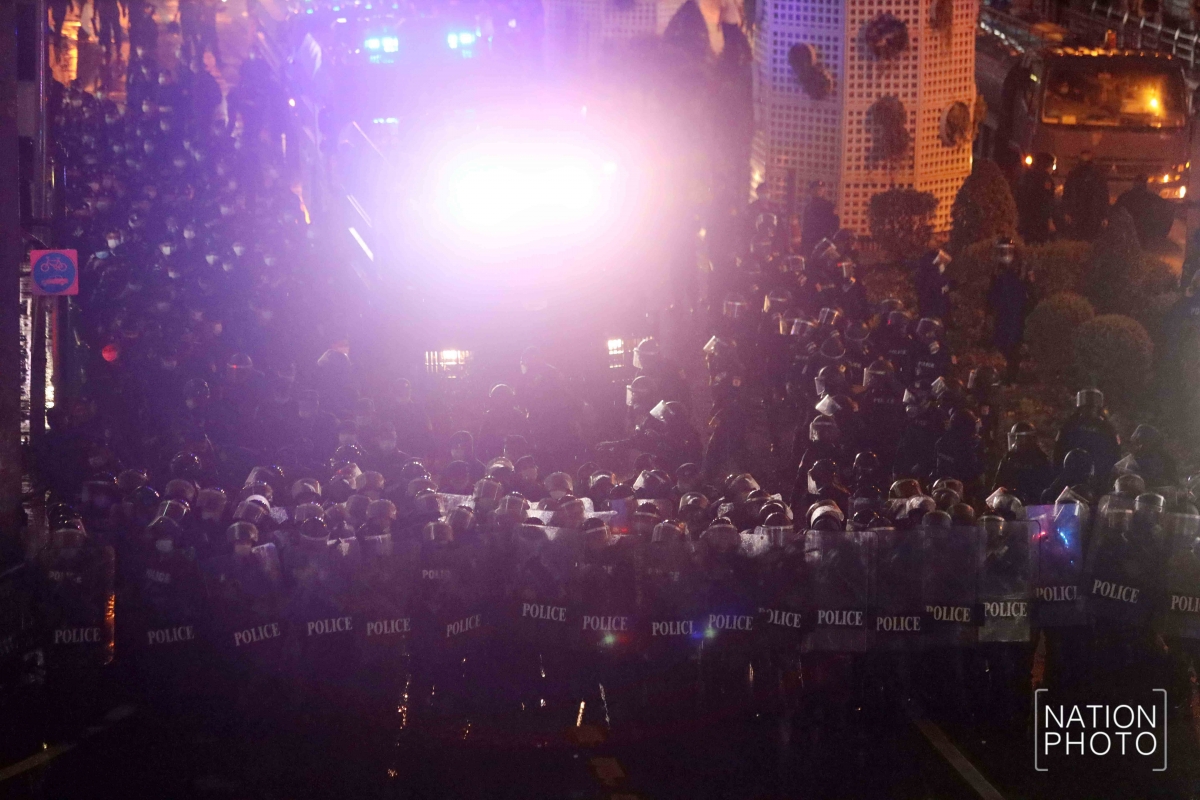 After using water cannons, police marched along Pathumwan Road, holding shields to force rallyists out of the intersection, while the protesters gradually backed off to their new rally point in front of Chulalongkorn University. 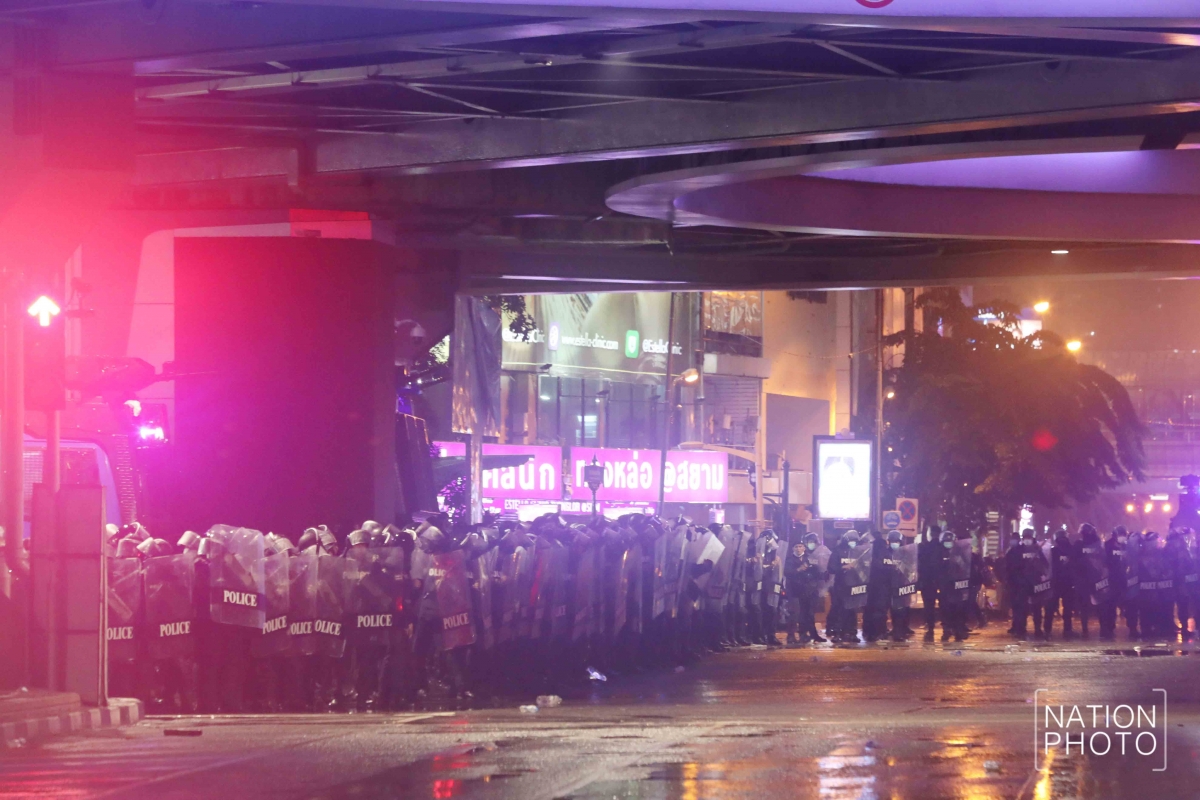 At around 8pm, the rally leaders told the protesters to disperse from the area and announced that they would hold a rally again on Saturday. The time and place were to be announced later. 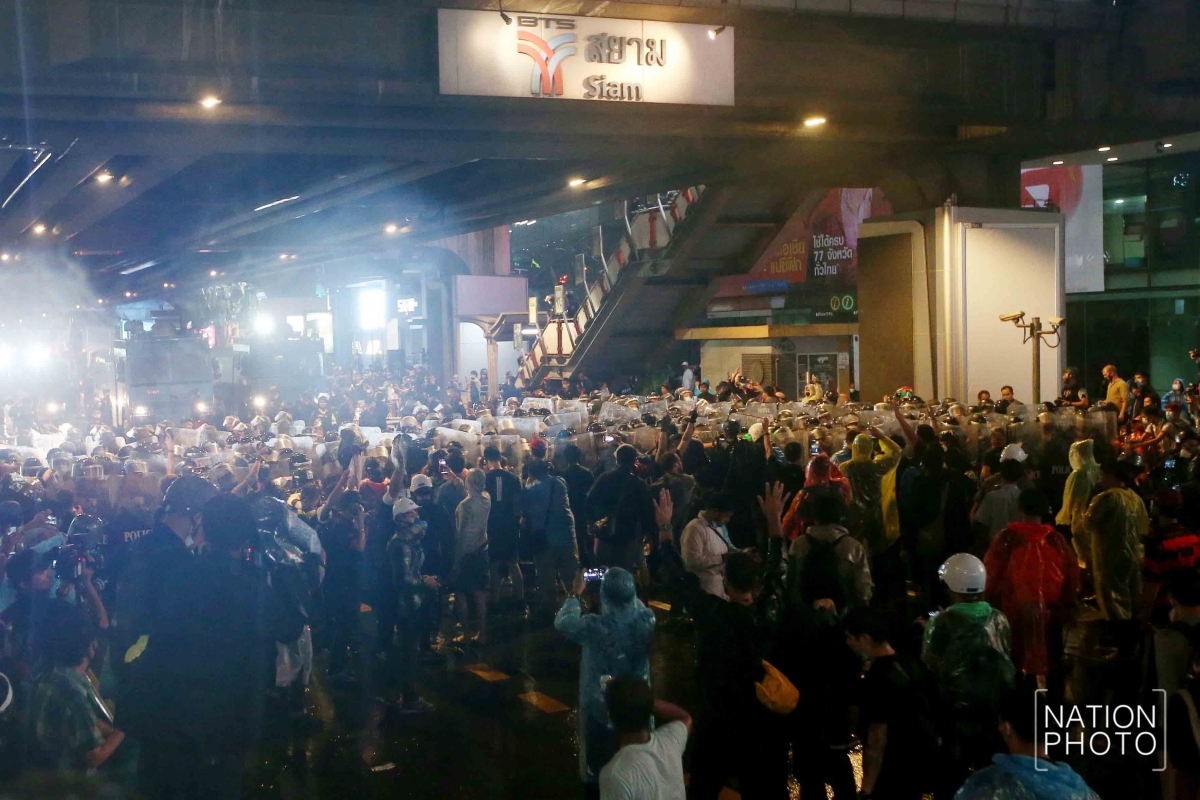 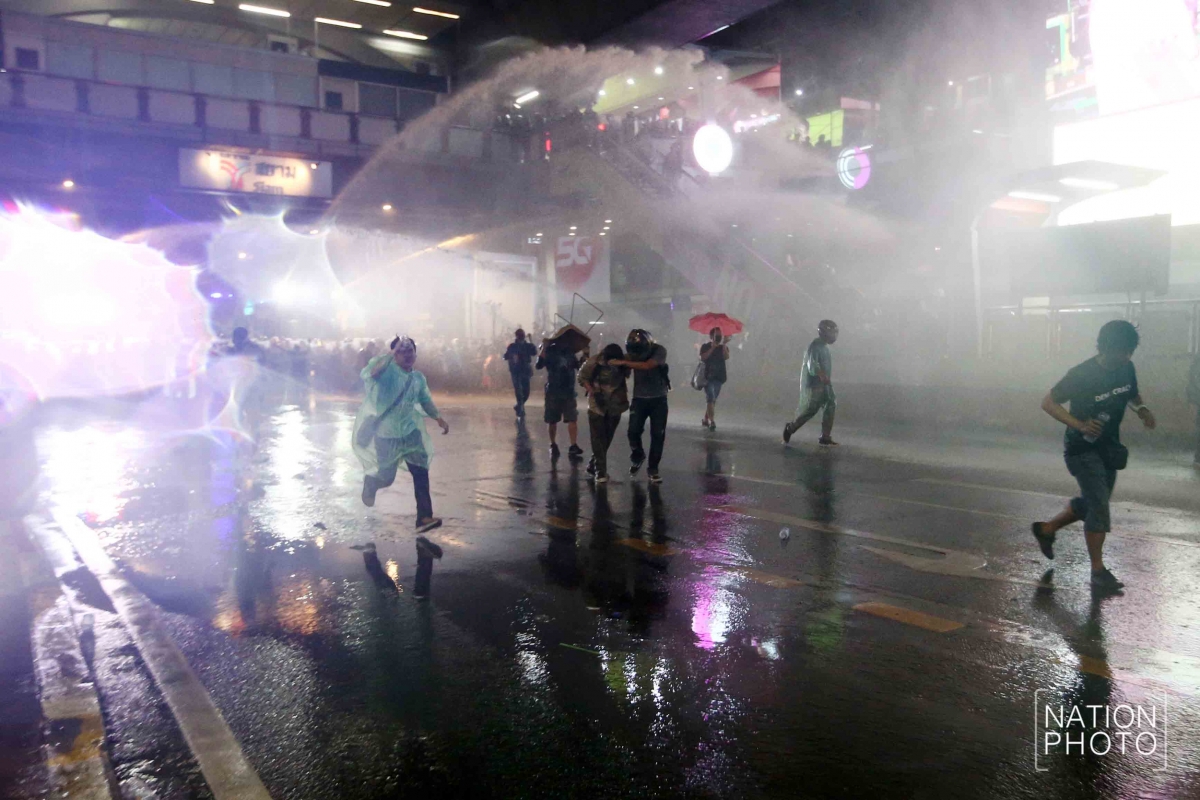