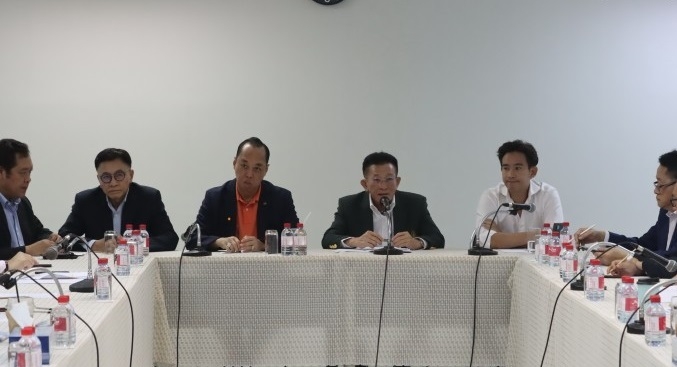 Six opposition parties on Friday night condemned the government for using violence to break up the rally of students and the public at the Pathumwan Intersection.

Crowd control police on Friday evening used water cannons and shields to force protesters out of the intersection and back down to in front of Chulalongkorn University, from where they dispersed at around 8pm.

“The protesters are but our children who will be the future of the country, and their gathering is within their constitutional right,” said the joint statement by the parties.

“The government’s use of excessive violence in breaking up the rally will only fuel hatred and reduce people’s faith in its ability to handle the crisis.

“The move is only used by countries under dictatorial regime, and will have repercussions on the country’s economic recovery,” it added.

“Any subsequent damage to the country due to this incident will be Prime Minister General Prayut Chan-o-cha’s responsibility,” it sqid, adding, “The government must stop creating conditions that will lead the country to disaster, while Parliament must hold an extraordinary session to discuss the protests as soon as possible.”