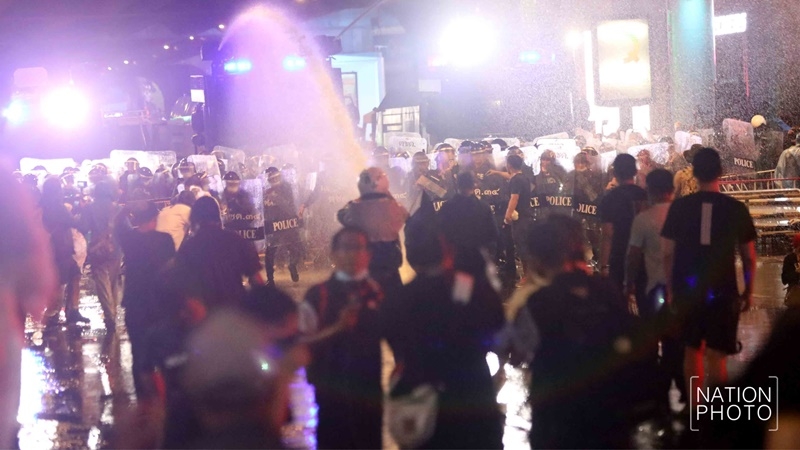 Police denied using tear gas and rubber bullets to disperse student-led protesters who were rallying at the Pathumwan intersection on Friday, as shared widely by netizens on social media.

At 10pm on Friday, Metropolitan Police Bureau deputy commissioner Pol Maj-General Piya Tawichai justified the action, saying the protesters had violated the law and the state of emergency.

He said police had strictly performed their duty in line with international principles. He said they had asked the protesters to stop the rally many times before using equipment as necessary.

"The water contained a chemical to clear protesters from their rally site, which may irritate the skin, but they can use water to relieve symptoms," he said.

"Meanwhile, we would like to apologise to the protesters, and the police officers who have been injured during the operation," he added.

He added that the police was ready to deal with the protesters' rally on Saturday.