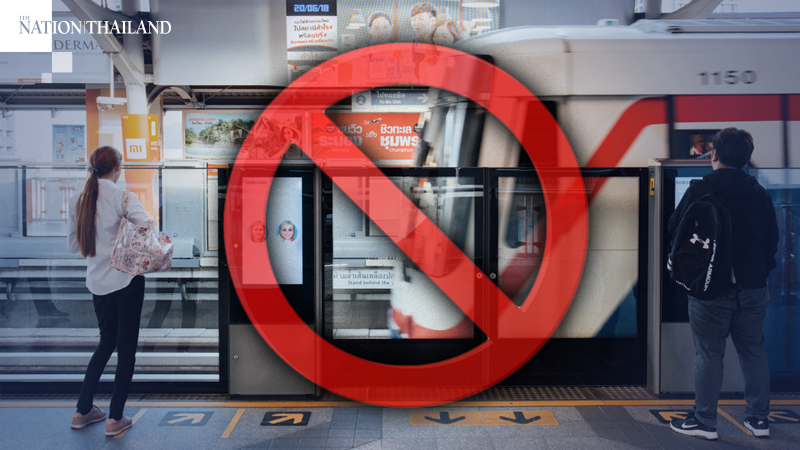 The Metropolitan Rapid Transit (MRT) Blue Line train services have been temporarily suspended from 12.30pm on Saturday due to the protesters' planned political rally.

The lead protest group, United Front of Thammasat and Demonstration (UFTD), on Saturday morning asked pro-democracy supporters via its Facebook page to standby at 3pm at all BTS and MRT stations, to prepare themselves for further movement.

In case railway services are closed, the UFTD said the pro-democracy protest would be held at the stations instead.

The newly formed Khana Ratsadon 2563 (People’s Party 2020) earlier changed its name to Ratsadon (The People), and had vowed to hold another rally on Saturday at 4pm.