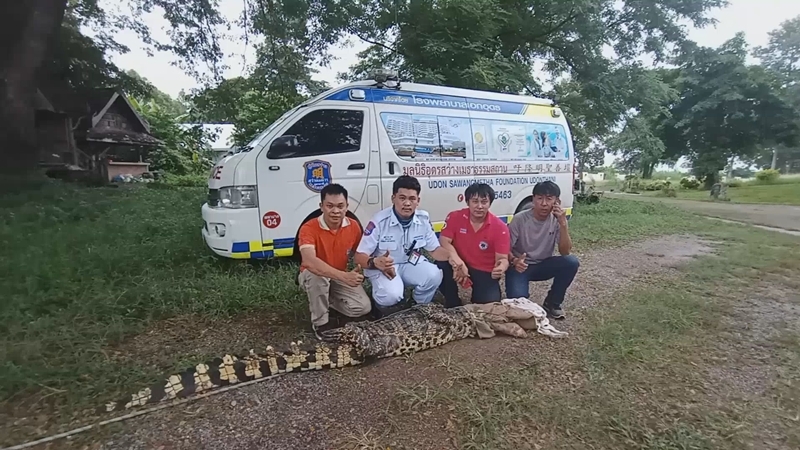 A crocodile's hopes of a hearty meal were dashed when it was spotted trying to sneak into a chicken coop in Udon Thani province on Saturday.

At 4pm, rescuers were called to help catch the three-metre-long crocodile, while it was attempting to get into the coop of a local in Mak Khaeng subdistrict.

They spent one hour before they managed to close its mouth and five men had to carry it to the vehicle so that they could transport the reptile back into captivity.

The reptile reportedly put up a fight and it was a tough challenge for the rescuers, who had no experience of dealing with crocodiles, to subdue the animal.

Pitchaya Chiewkanrob, 60, said that her house was not located near the water so the crocodile had to come from the farm. Police are looking for its owner.