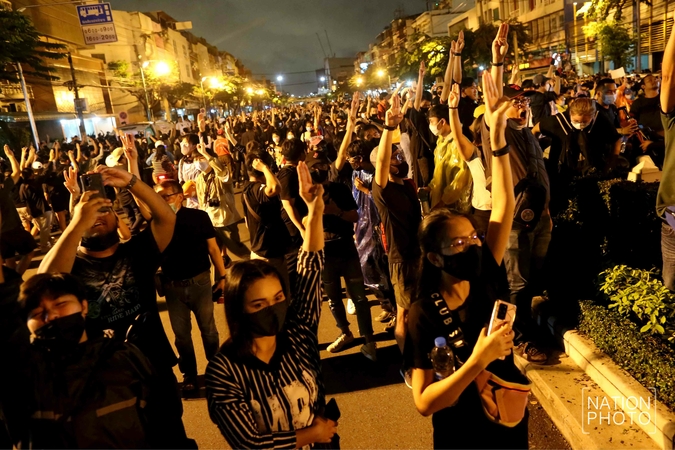 A timeline of events in the pro-democracy protests on Saturday.

The strategy for the day was unclear initially after Friday's crackdown by police. In the morning, the United Front of Thammasat and

Demonstration told supporters to keep watching for updates. Initially there were plans to meet at every BTS station, followed by a rally at Victory Monument. But before 3pm, they announced three rally sites in the Bangkok area -- Lat Phrao, Udom Suk and Wong Wian Yai.

3pm: The crowd starts to gather at Lat Phrao BTS station and begins to claim the Lat Phrao intersection area.

4pm: Panupong ‘Mike’ Jadnok, one of the main leaders, tweets a message “Ramkhamhaeng student fellows. Let us meet at King Ramkhamhaeng the great monument [in the university] now. The concept of today's protest is to keep moving. Where a police car is found, we will flatten its tyres.”

4.10pm: The crowd at the Lat Phrao intersection calls for the prime minister's resignation. "Let go our friends ... Prayut get out", they shout.

4.50pm: The crowd from the Udom Suk intersection arrives at the Bangna intersection. Meanwhile, around Wongwian Yai BTS station, a group of protesters begin to gather while at the Taksin intersection they assemble on road islands and sidewalks.

4.59pm: The United Front of Thammasat and Demonstration posts a message: "8pm today! May everyone leave, take a break and come join the fight together next day!"

6.05pm: Protesters at the Taksin intersection seize control of the full area.

6.14pm: BTS staff at all stations ask passengers to leave, and close service.

6.25pm: A group of protesters at the Lat Phrao intersection have tasked guards with setting up a barrier to block officers following rumours that there will be a dissolution of the assembly.

6.30pm: A group of demonstrators at Ramkhamhaeng University, led by Mike, moves the rally from King Ramkhamhaeng the great monument to the chancellor's building to demand switching on of the lights.

6.35pm: Protesters at the Lat Phrao intersection take control of the area, erecting a steel fence to block traffic while traffic police administer the area, opening the road for only one route.

6.45pm: Activists at the Lat Phrao intersection tell protesters to be prepared after they are tipped off that a water truck and police force would come to disband them.

6.46pm: Protesters at the Bang Na intersection dissolve the protest and gradually move out of the area.

6.48: The protest stops at the Wongwian Yai BTS station. 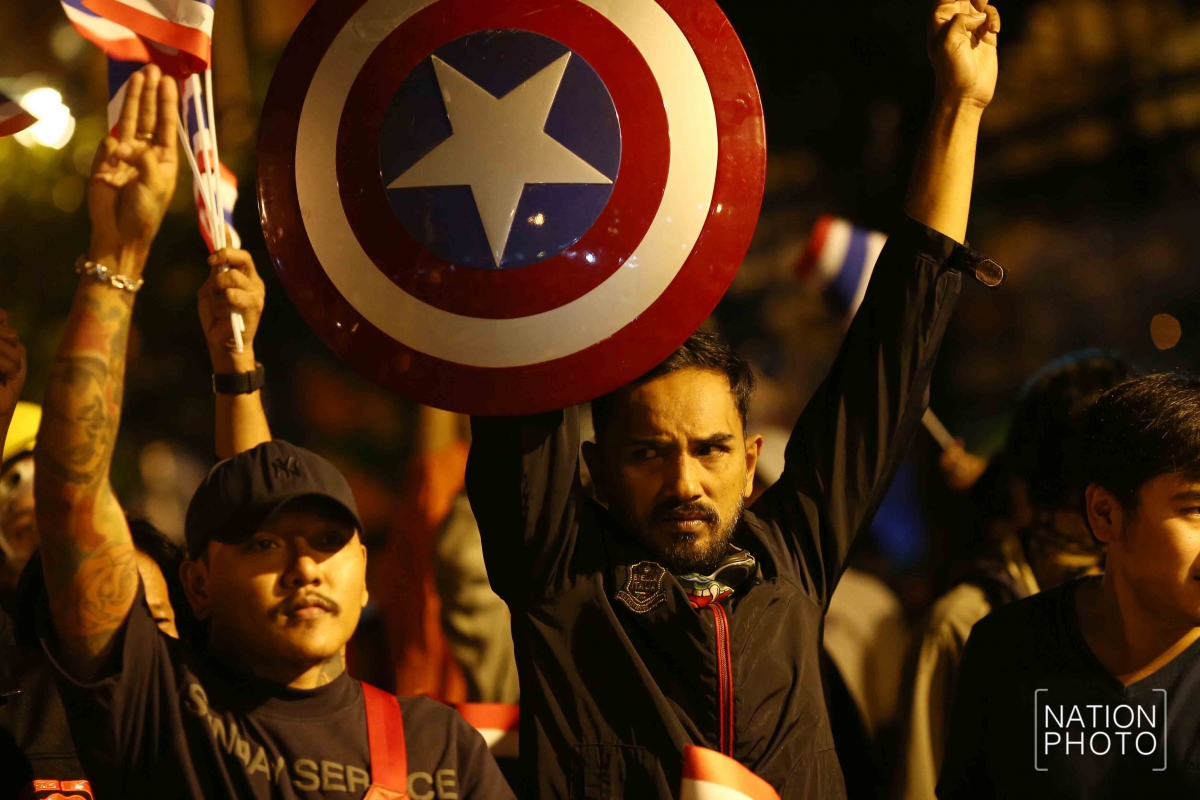 6.52pm: The crowd at Ramkhamhaeng leaves the university and heads towards Khlong Tan. 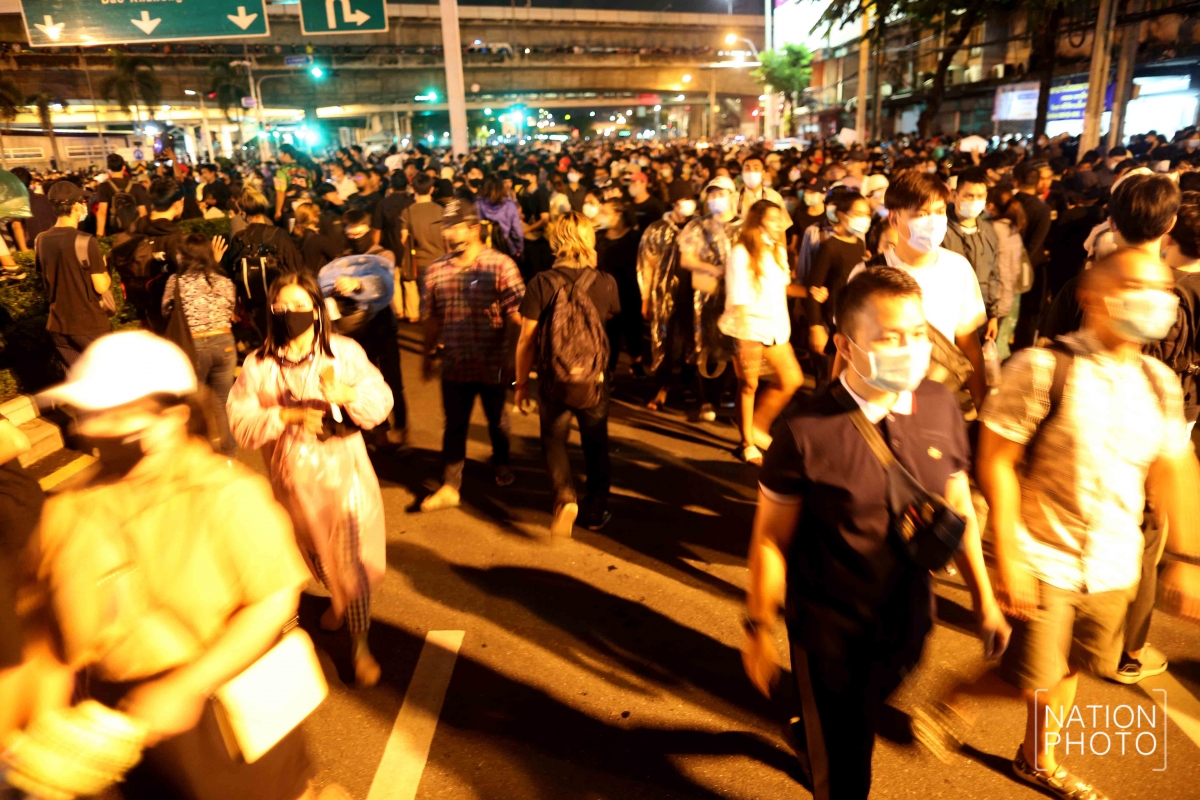 7.50pm: There are reports of protesters in many areas, such as the Lat Phrao intersection, the Bang Na intersection and the Udom Suk intersection gradually leaving the area. Some remain there as well as at Wongwian Yai after the end of the demonstration at the Taksin intersection had been announced.