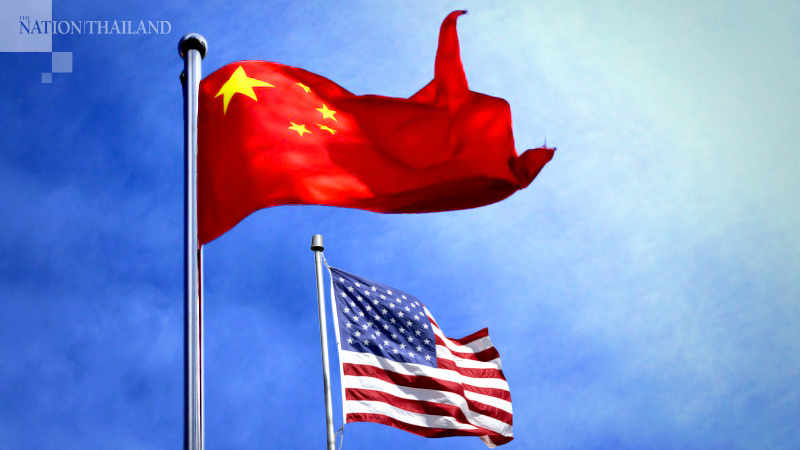 SINGAPORE - The power gap between the United States and China in Asia continued to narrow, according to an annual power ranking, as the US suffered the largest reputation hit in the region among the countries tracked for its handling of the Covid-19 pandemic.

While China's diplomatic standing has also diminished due to the pandemic, its quick economic rebound will widen its power gap with the rest of the region, said the report on the third Asia Power Index, which ranks 26 countries and territories in Asia.

Japan, India, and Russia rounded up the top five most powerful countries in the Asia-Pacific region. Singapore retained its ranking of 8th - below Australia and South Korea, but ahead of other Asean countries.

These findings are detailed in a report on the 3rd Asia Power Index by the Australia-based think-tank the Lowy Institute, which was released on Sunday (Oct 18).

The index measures power across eight indicators - from economic and military capabilities, to defence networks and cultural and diplomatic influence.

The coronavirus has accelerated a rebalancing of global power, said the report.

"Divergent national responses to Covid-19 have sharpened the contrasts - and narrowed the power differential - between the United States and China."

The US has registered more than eight million coronavirus cases so far after infections spiked in March, while China has kept daily cases largely below 100 since the same month. China has recorded around 91,000 cases so far.

Compared to last year, the US registered the largest fall in relative power of any of the countries on the index. Despite its continuing pre-eminence, US standing has waned in all but one of the eight measures, said the report.

"This closing power disparity suggests that Washington, far from being the undisputed unipolar power, can more correctly be described as the first among equals in a bipolar Indo-Pacific," it said.

The coronavirus has also contributed to a loss of US prestige, with it suffering the largest reputational hit in the region for its domestic and international handling of the pandemic.

"The result is a powerful reminder that legitimacy and leadership on the world stage start with the capacity of leaders to govern well at home."

As for China, it now wields a larger global and regional diplomatic network than any other country.

But its adoption of a more strident diplomatic tone - often termed "wolf-warrior diplomacy" - and threats of economic coercion against multiple countries appear to have backfired in the eyes of regional policymakers and experts, said the report.

While Beijing has enhanced its military capability, a lack of trust among 11 neighbours with which China has boundary disputes or legacies of interstate conflict undermines the potential for it to replace Washington as the security guarantor in the region.

Describing Singapore as a "standout performer relative to its small size and population", the report said: "The city-state is highly networked and externally focused, achieving its highest ranking of 4th place for economic relationships."

Singapore is also the only country to break into the top five for defence networks without any formal alliance commitments, reflecting the depth and diversity of its non-allied security partnerships in the region, it added.

However, the country's success and small size poses "unique strategic challenges", with its lowest ranking being in the resilience measure, as it is among the least energy self-sufficient countries in the region according to the report.

Although it has kept its fourth placing, India's power score has fallen compared to 2019, with the pandemic exacting a significant toll on its society.

As for Japan, a recession will be compounded by the structural challenges posed by its demographic decline, said the report.

Middle powers - Vietnam, Australia and Taiwan - were the only ones to gain relative power in this year's ranking.