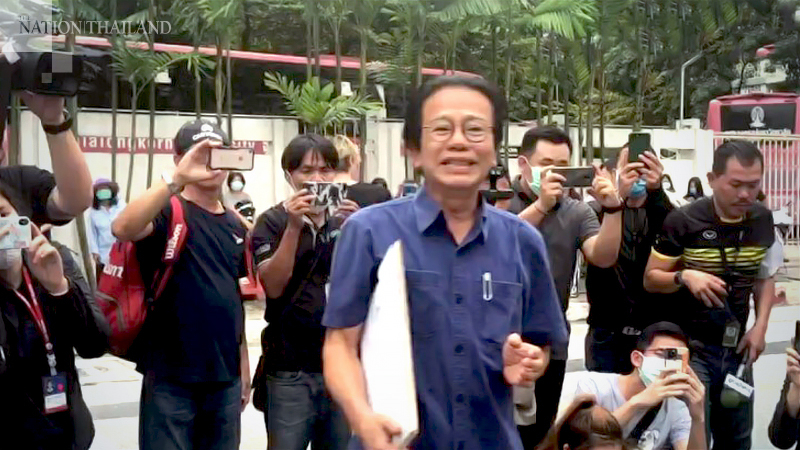 Dr Tossaporn Serirak, a former Pheu Thai MP who became famous after being arrested while helping injured protesters on Friday, was granted bail by Pathumwan Municipal Court on Monday.

The doctor, who was charged for violating the “severe” state of emergency, has been released on condition that he not face similar charges again and that he report every time he is summoned.

The medical doctor, however, insists he will continue with his battle for democracy.

Tossaporn has reportedly been visiting protest sites to provide medical advice or offer first aid. A recording on Friday showed him attacking the authorities for cracking down on unarmed protesters, and offering to treat those affected by the chemical-laced water at the Police General Hospital.

Dr Tossaporn’s actions and political views have made him a celebrity, especially among the pro-democracy groups.