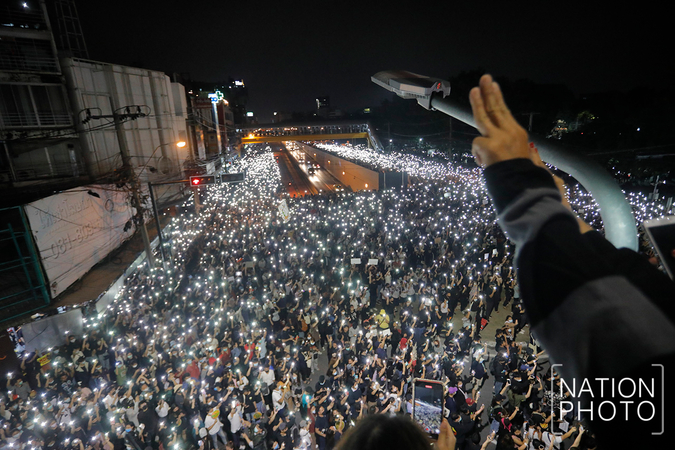 Protestors at Kaset Intersection hold up their cellphones for a demonstration dubbed ‘switch on the light to expel dictatorship’. Photo by Korbphuk Phromrekha 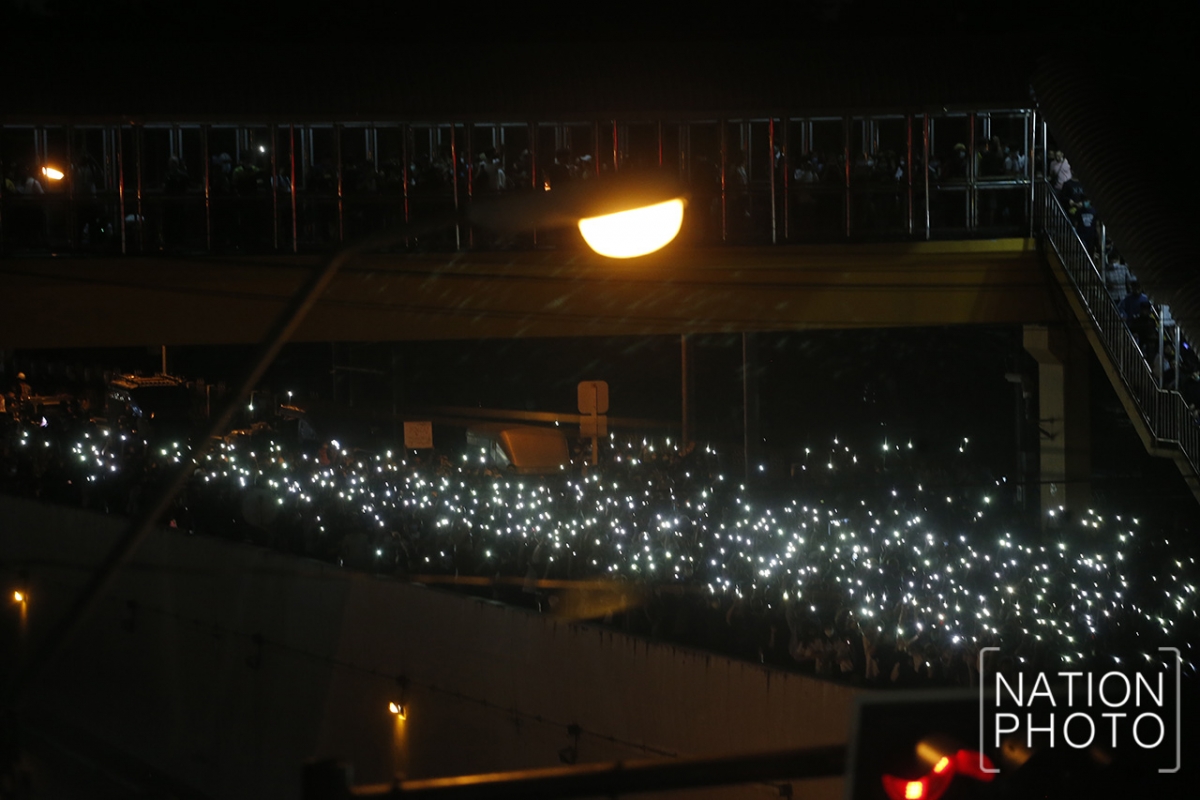 Protesters reportedly started stopping traffic at the intersection by putting up plastic barriers at about 4.30pm. 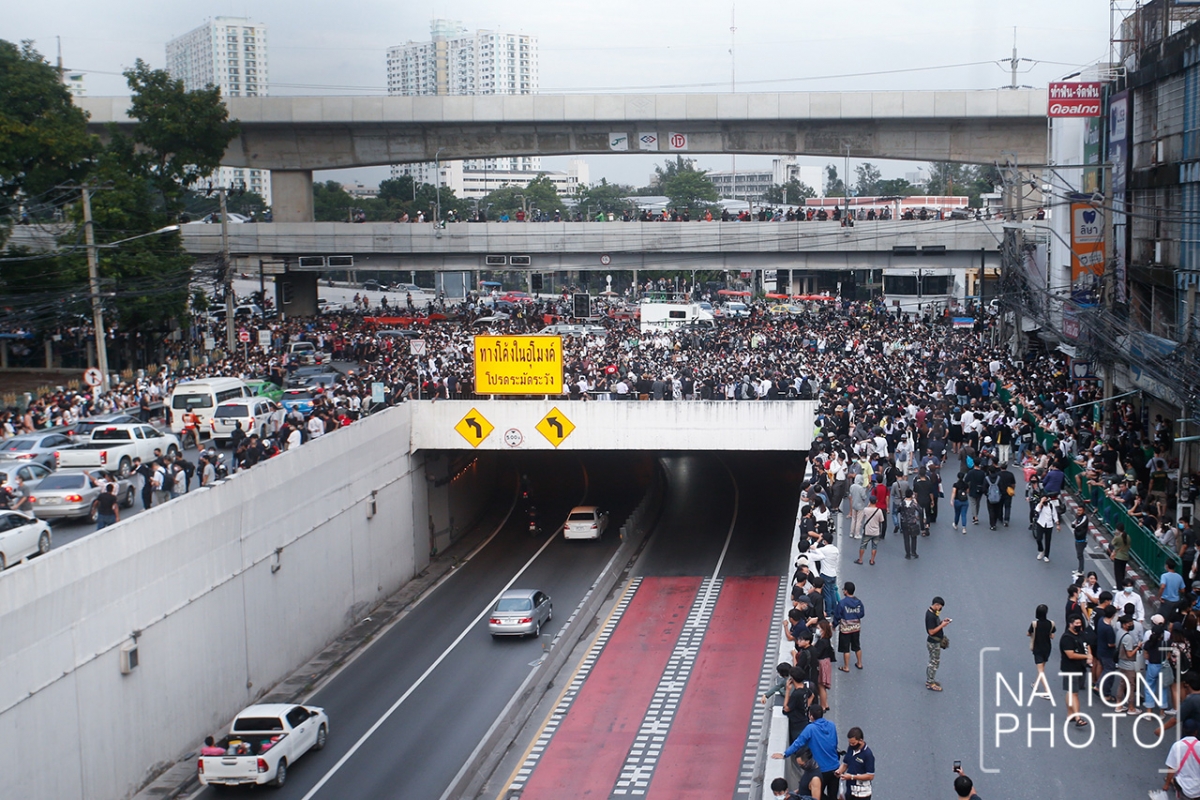 The other two protest sites in Greater Bangkok were the Klong Prem Central Prison and the MRT station near the Public Health Ministry complex in Nonthaburi. 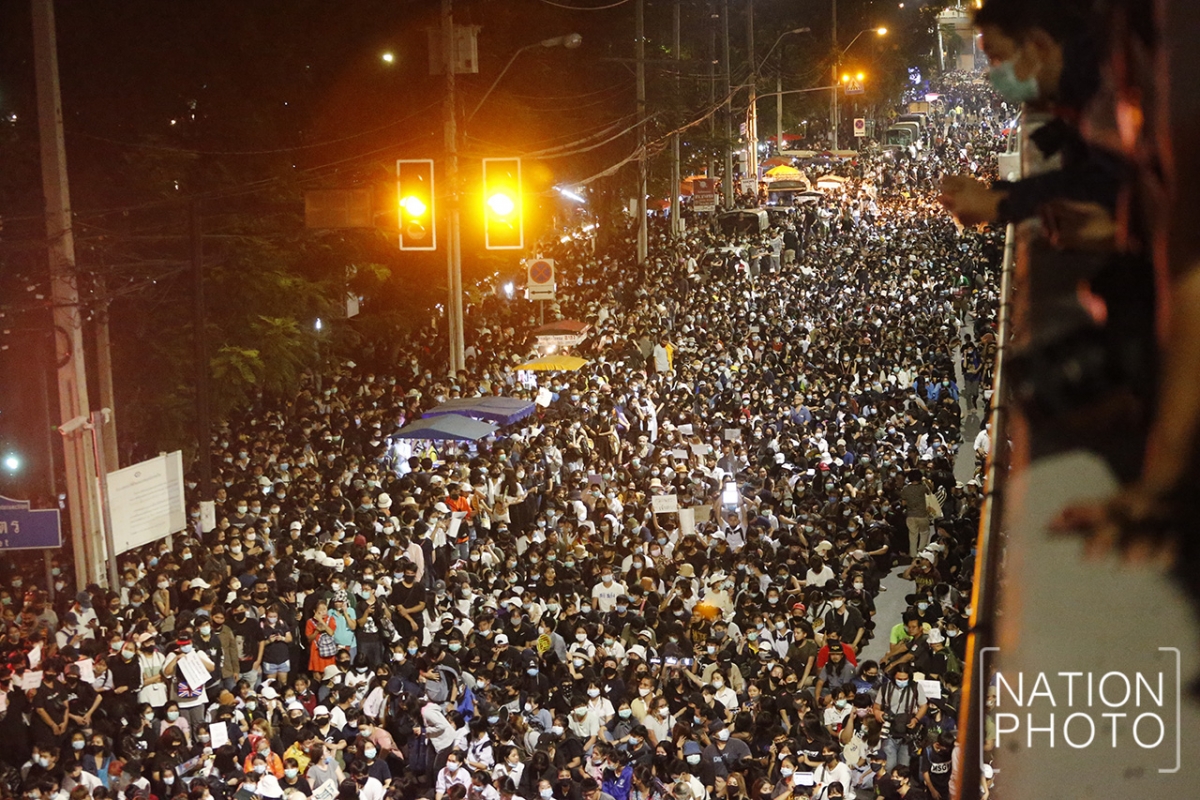 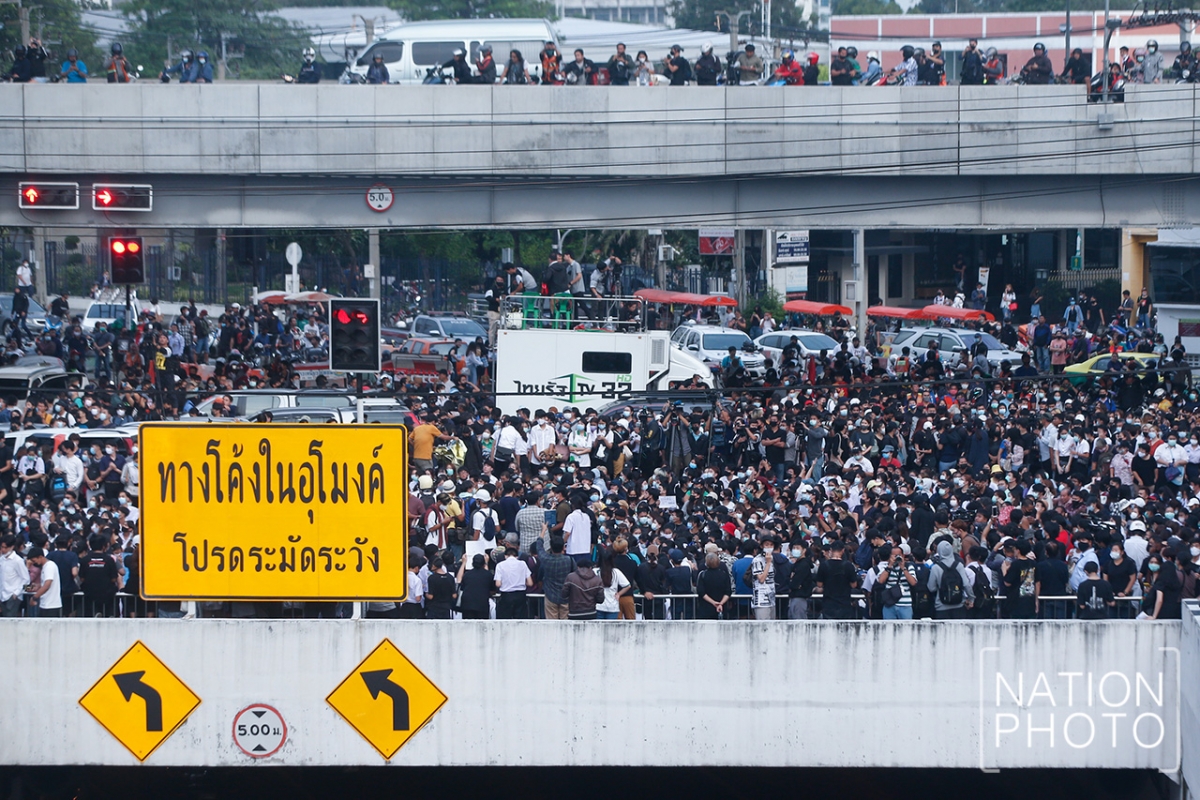 Bangkok’s Skytrain and MRT services had not been suspended as of press time. 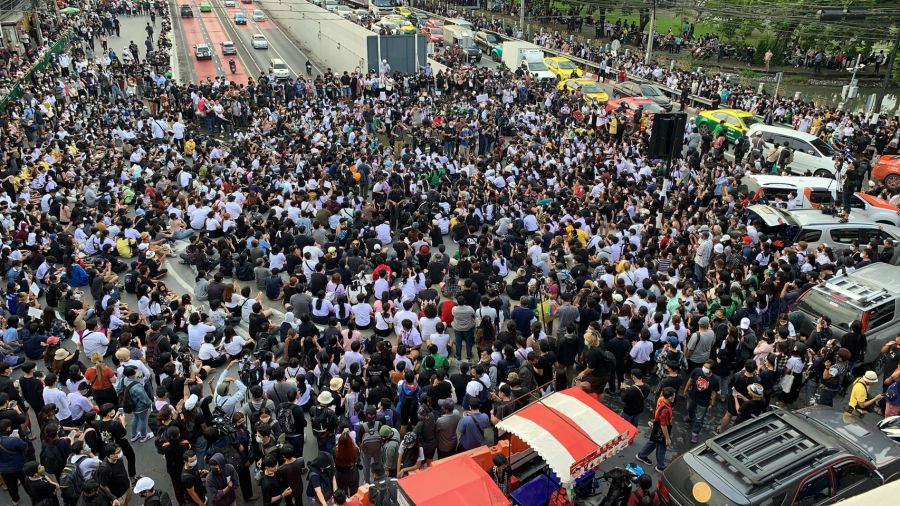