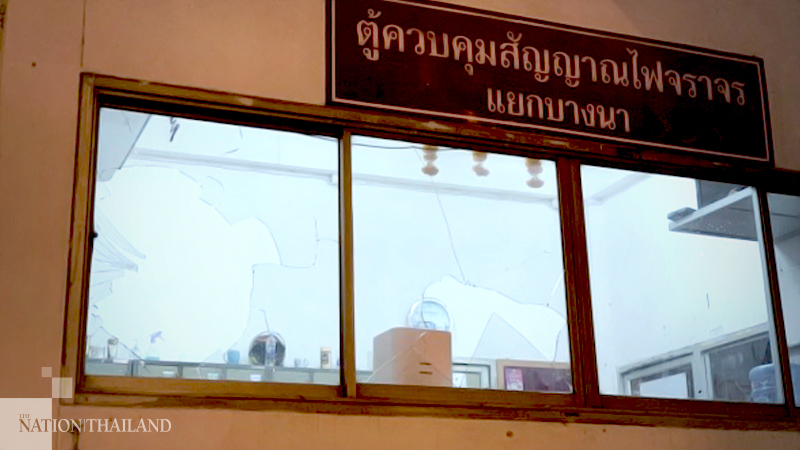 A suspect who reportedly flung a traffic cone at a Bang Na intersection police box during the Sunday rally denied he had been hired by anyone to cause trouble, saying he was drunk that evening.

The suspect, identified as 29-year-old Prawit Somrat, was tracked down to his home near the intersection early on Tuesday. He is the second person to be detained for allegedly attacking the traffic booth.

During interrogation, Prawit said he was drunk before joining the flash mob on Sunday, pointing out that he was not the only person who flung things at the booth after traffic police turned off the streetlights.

Before being sent to Phra Khanong Criminal Court with the other suspect, Prawit told the press that he wanted to apologise to the protesters.

He said he worked as a contractor, and insisted he had not been hired by anyone to cause trouble at the protest site, adding that he was drunk.