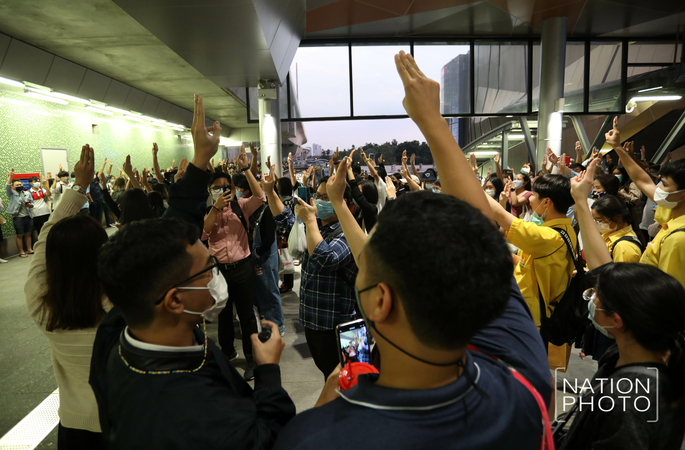 Supporters of the pro-democracy movement sing the national anthem while giving three-finger salutes against dictatorship. Photo by Wanchai Kraisornkhajit

The pro-democracy movement surprised police and its own supporters this evening (Tuesday) by announcing that no rallies would be held today, instead organising a mass rendition of the national anthem at railway stations. 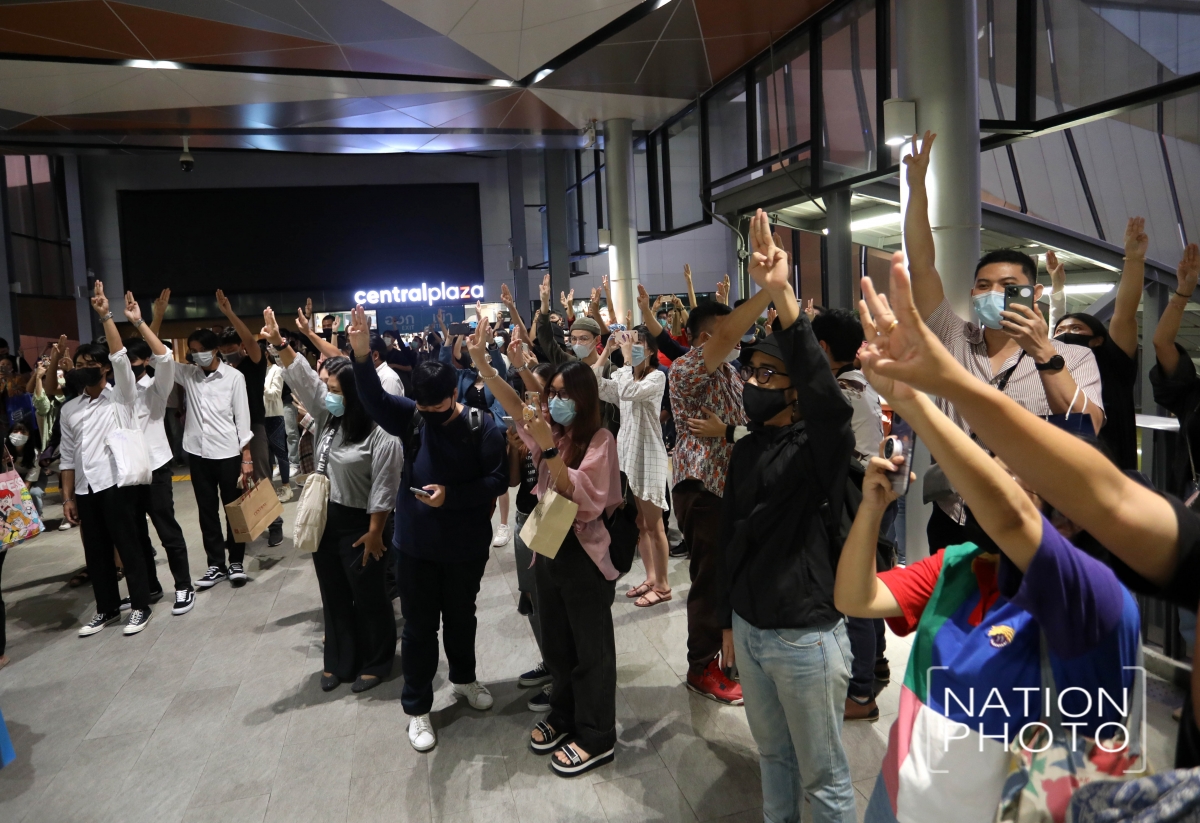 Free Youth and its ally, the United Front of Thammasat and Demonstration, announced via Facebook and other channels that a big rally will be organised tomorrow (Wednesday).

However, some protesters in Bangkok and other provinces decided to hold their own demonstrations.

Instead of rallying on Tuesday, the protest movement asked supporters to gather at BTS Skytrain and MRT metro stations to sing the national anthem at 6pm. 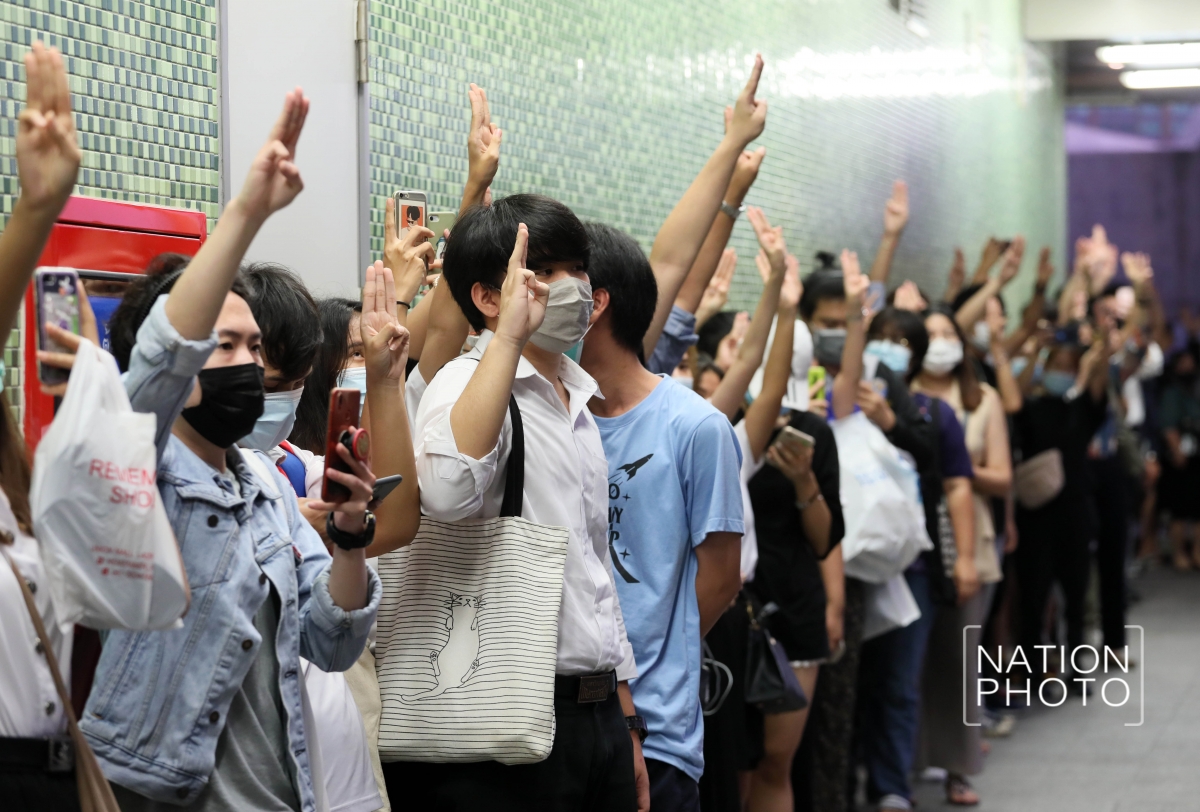 Bangkok’s deputy police chief Piya Tawichai said 1,860 officers had been on standby to deal with the “big surprise” protesters had promised at Tuesday’s rally.