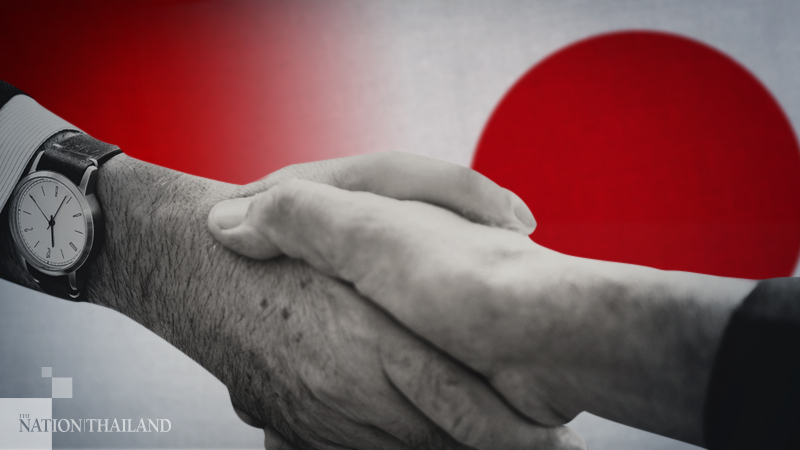 TOKYO - Japan and Indonesia have agreed to strengthen their security ties, through such measures as expediting talks on the export of Japanese defence technology and by having their defence and foreign ministers meet soon.

Mr Suga, who is the first foreign leader to visit Indonesia since the Covid-19 pandemic, was greeted with a 19-gun salute.

He arrived from Vietnam, and Japanese diplomats said that the four-day two-nation trip was meant to symbolise Japan's continued commitment and support to Asean.

While seen as a greenhorn on foreign affairs, Mr Suga follows in the footsteps of his predecessor Shinzo Abe, who also visited Vietnam and Indonesia first after he became prime minister in December 2012.

A key priority for Mr Suga is to cement Asean's backing for Japan's Free and Open Indo-Pacific vision, which he stressed on Tuesday was aligned with the Asean Outlook on the Indo-Pacific pioneered by Indonesia.

The Asean initiative is built on such principles as transparency and respect for international law, with the regional bloc "being an honest broker within the strategic environment of competing interests".

Mr Suga told a news conference, with Mr Joko beside him, that their defence and foreign ministers will meet "in the near future" under the so-called two-plus-two framework.

This will be the first meeting between the ministers since 2015, and Indonesia is the only Asean nation with which Japan has a "two-plus-two" arrangement.

Mr Joko said that closer cooperation between Japan and Indonesia was critical amid the "increasingly sharp rivalries between the world's great powers", alluding to the intensifying clash between the United States and China.

But he added he hoped that the South China Sea will "continue to be peaceful and stable".

On Monday, in Hanoi, Mr Suga agreed in principle to a military equipment and technology export pact with his Vietnamese counterpart Nguyen Xuan Phuc.

Vietnam is one of the claimants in territorial disputes over the South China Sea. While Indonesia is not a claimant state in the dispute, its exclusive economic zone overlaps with China's "nine-dash line" blanket claim over large swathes of the waterway.

Japan is also encouraging its companies to diversify their supply chains so as to reduce their reliance on China, with the risk of concentrating factories in a single market having been made evident by the Covid-19 outbreak.

Mr Joko said he appreciated the investments made by Japan, which is regarded in Indonesian circles as a strategic partner in the economic sector.

Japan's Free and Open Indo-Pacific Strategy is open to all, including China, Tokyo policy forum told

He also committed 50 billion yen (S$642.44 million) in long-term, low interest loans to Indonesia to help it cope with the economic fallout from the Covid-19 pandemic.

Indonesia has been the worst hit in South-east Asia, with more than 360,000 confirmed cases and more than 12,000 deaths.

The sum set aside for the loans comes on top of another 50 billion yen that was pledged in August through the Japan International Cooperation Agency.

The Japanese and Indonesian leaders also agreed to begin talks on a "travel corridor" for business travellers, as well as to resume travel for nurses and care worker trainees.