Tourists are being warned to stay away from a rock in Krabi’s Koh Talu island that was split in half by strong waves. 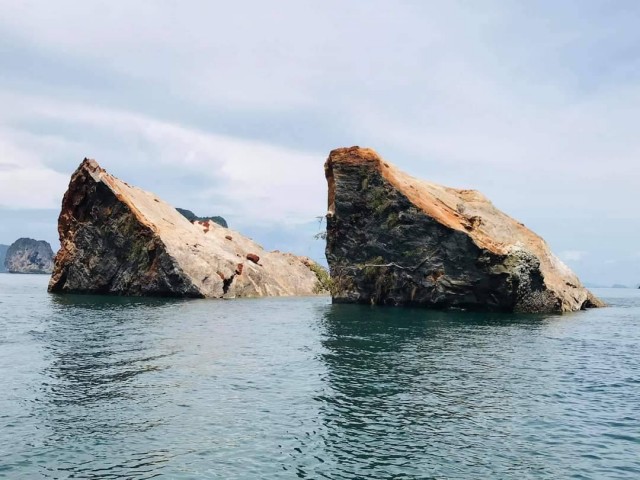 “The broken rock weighs between 30,000 and 50,000 tonnes, and the breakage damaged 20 per cent of the coral below the surface,” he said. “We believe the rock was broken by strong winds and waves brought by a storm last week.”

He added that the island has a lot of cracks, which the national park will analyse to prevent similar problems in the future.

“Tourists should stay away from the area as it is dangerous,” he added.