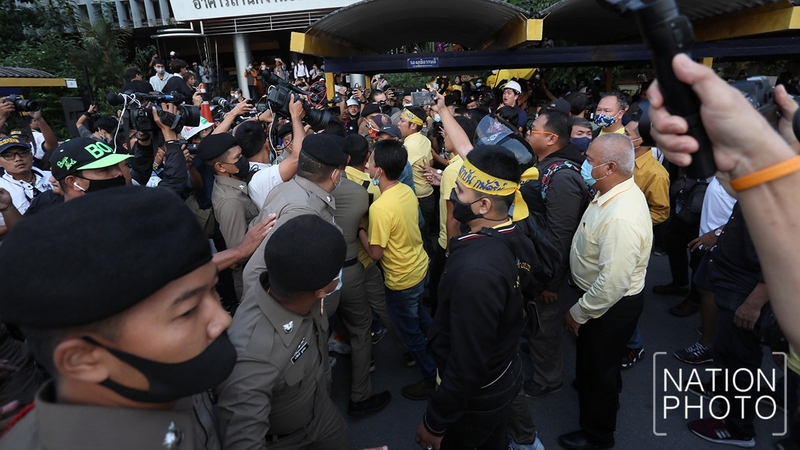 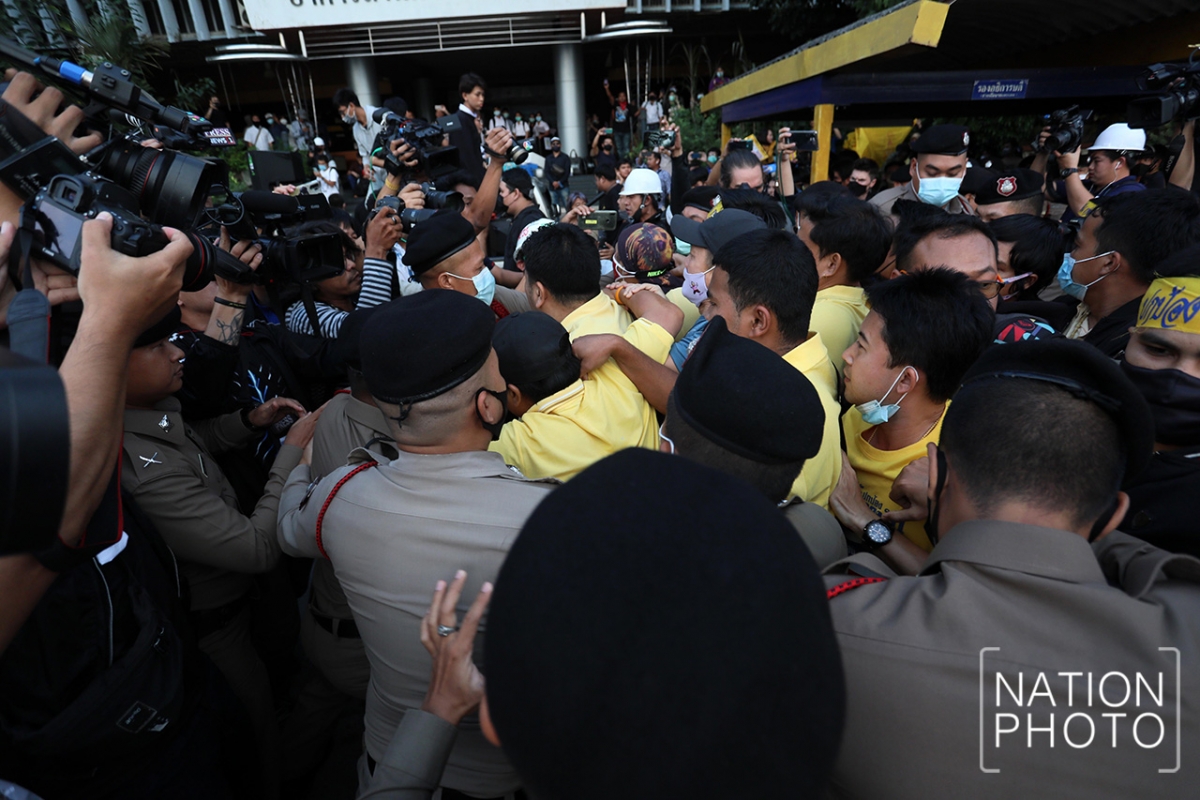 A royalist group had gathered at the university and declared it wanted to protect the monarchy from groups it said were inciting people without presenting the facts. 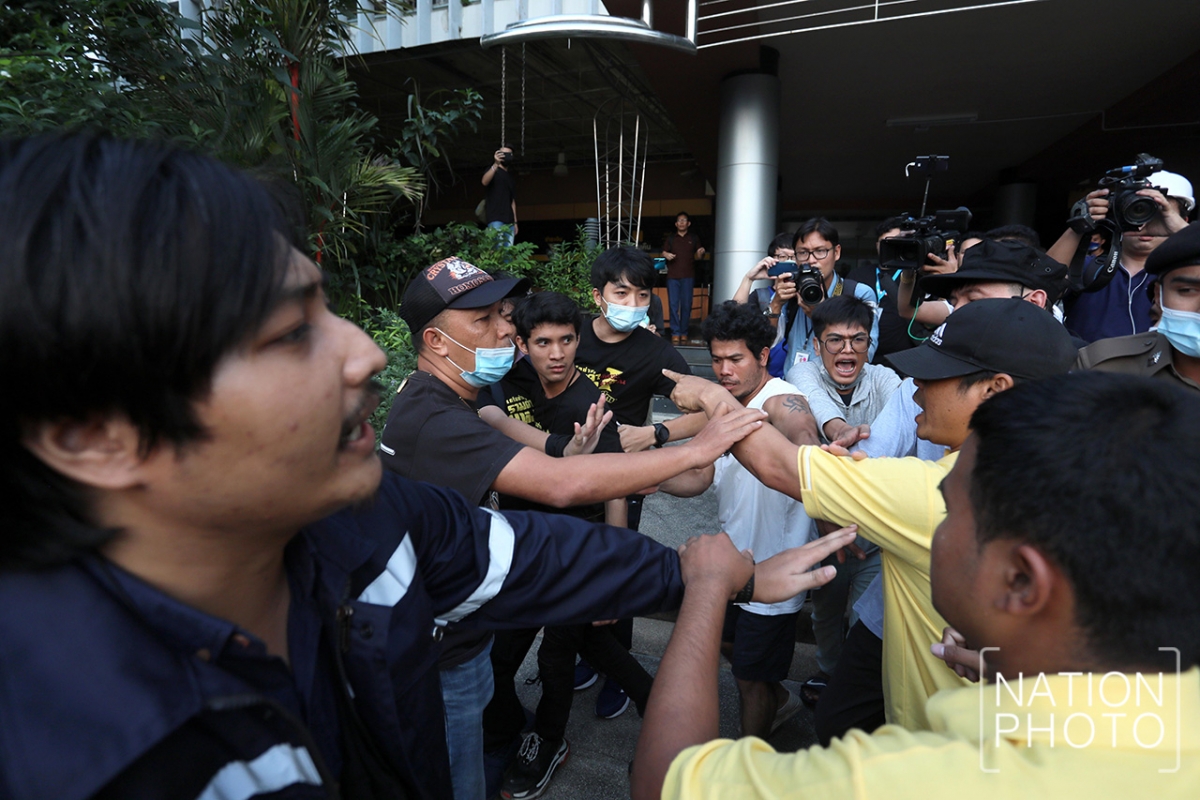 The clash was quickly defused by police, but protesters led by the Ramkhamhaeng Network for Democracy decided to file a complaint and hold a rally in front of Huamark Police Station. They also pleaded for protection from the university's board. 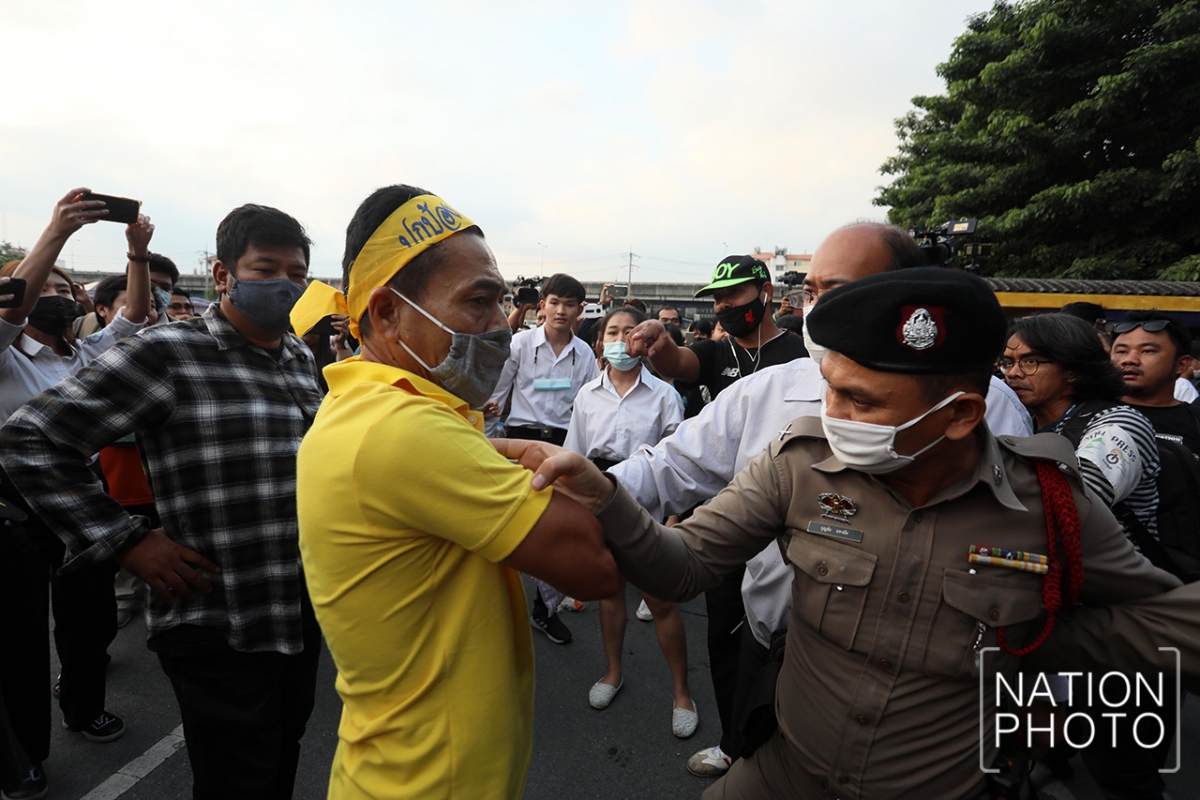 Protesters said a secretary to Deputy Transport Minister Thaworn Senneam and a close friend of former People's Democratic Reform Committee leader Suthep Thaugsuban were among the royalist they encountered. 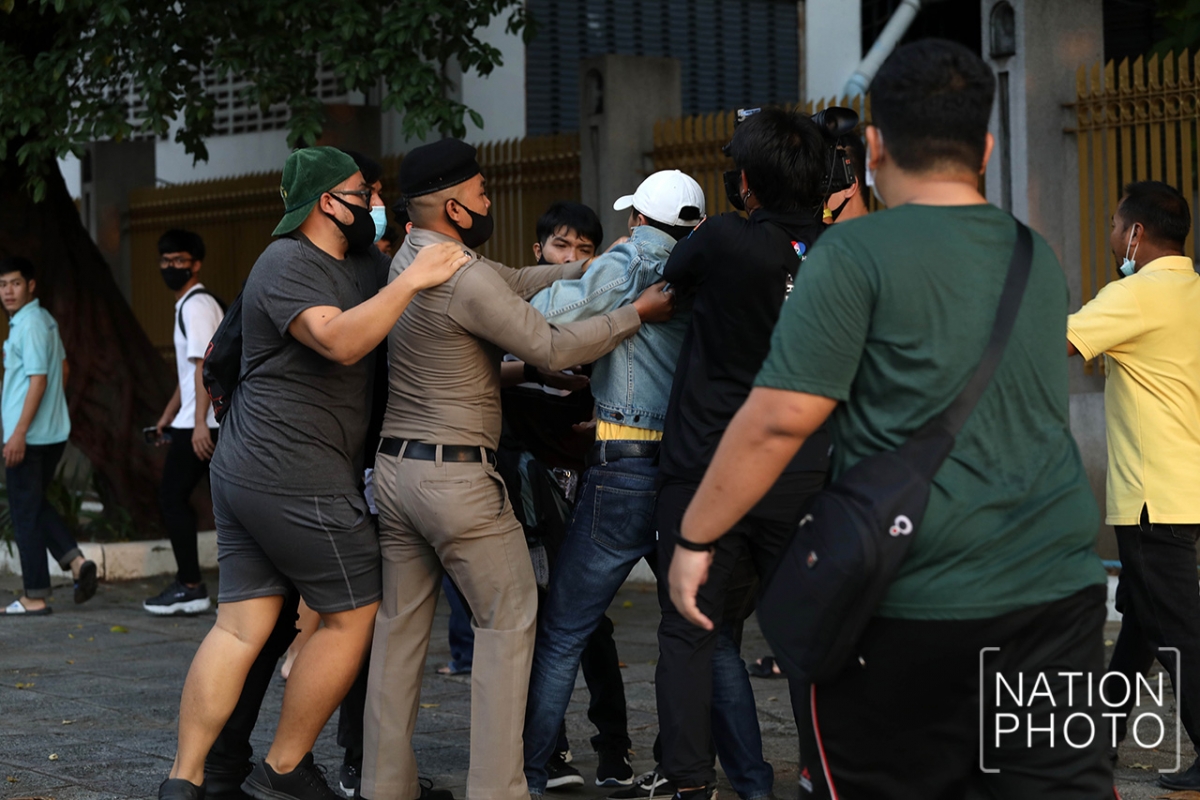