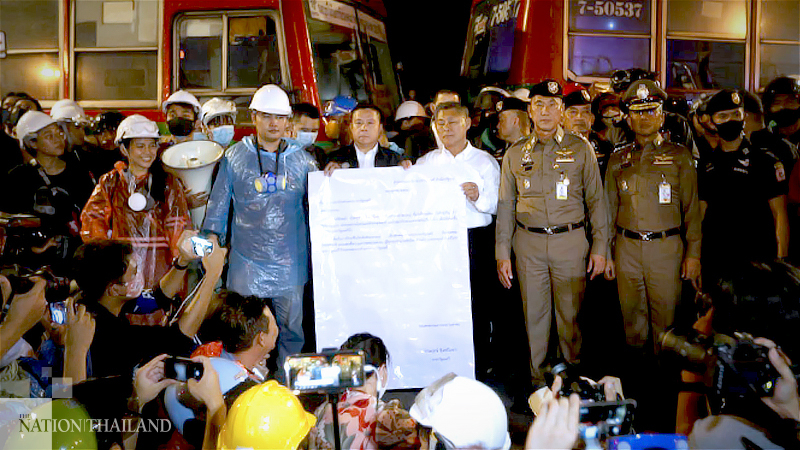 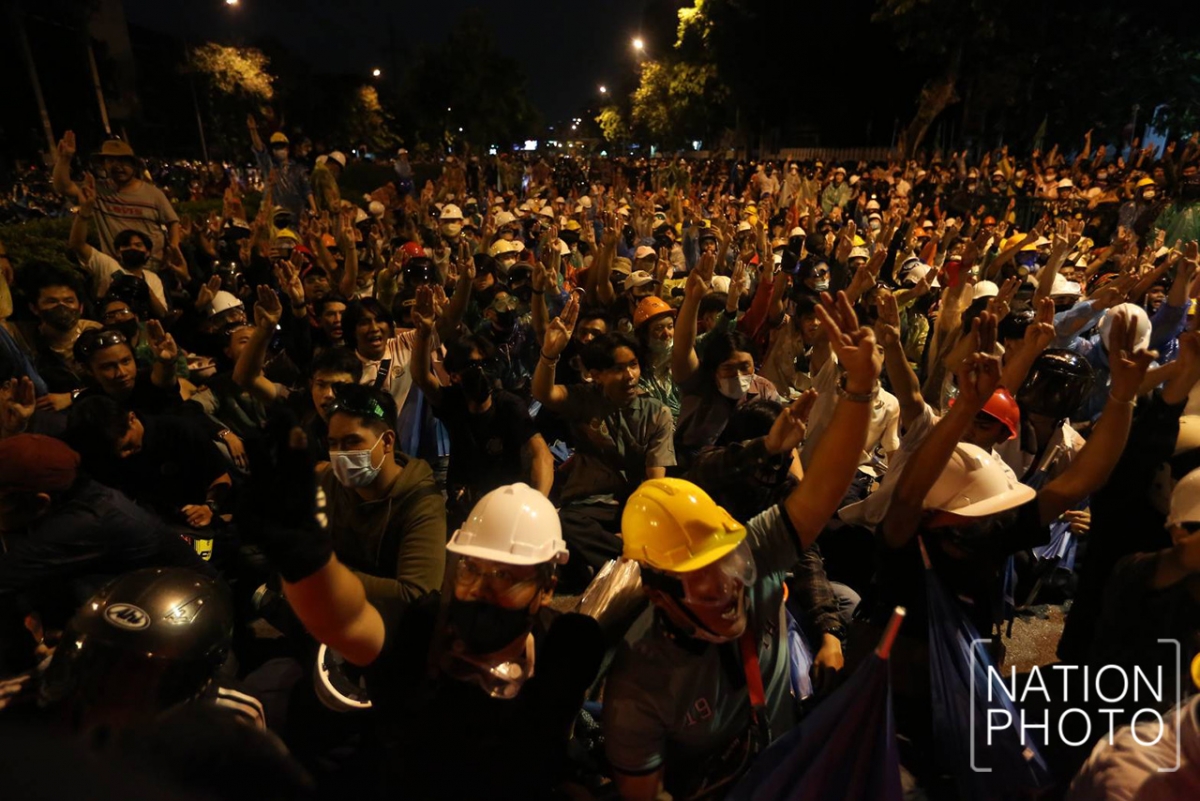 The protesters gathered yesterday at Chamai Maruchet Bridge on Phitsanulok Road in front of Government House in Dusit district. 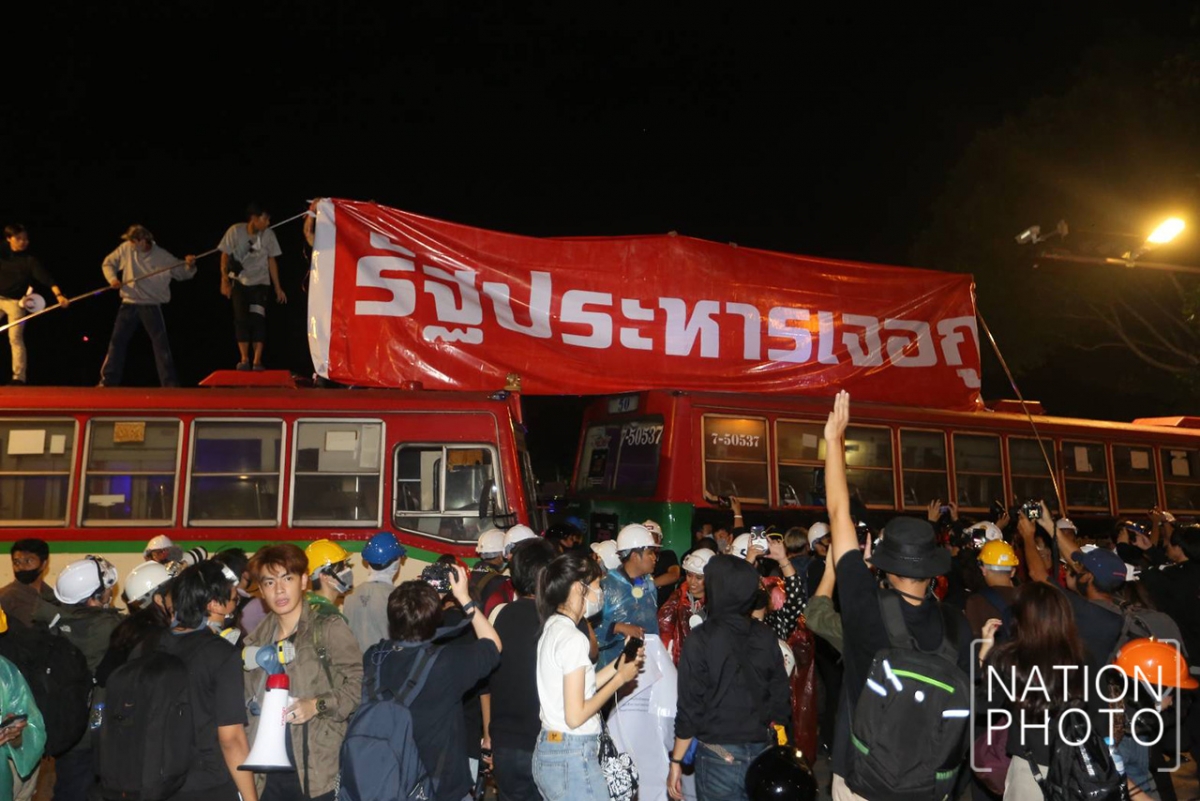 An excerpt from the letter read: “We have marched to Government House today to give the government an ultimatum. General Prayut must resign while the legal prosecution against arrested protest leaders must be stopped. We will give the government three days to comply or we will come back and increase the level of protest.” 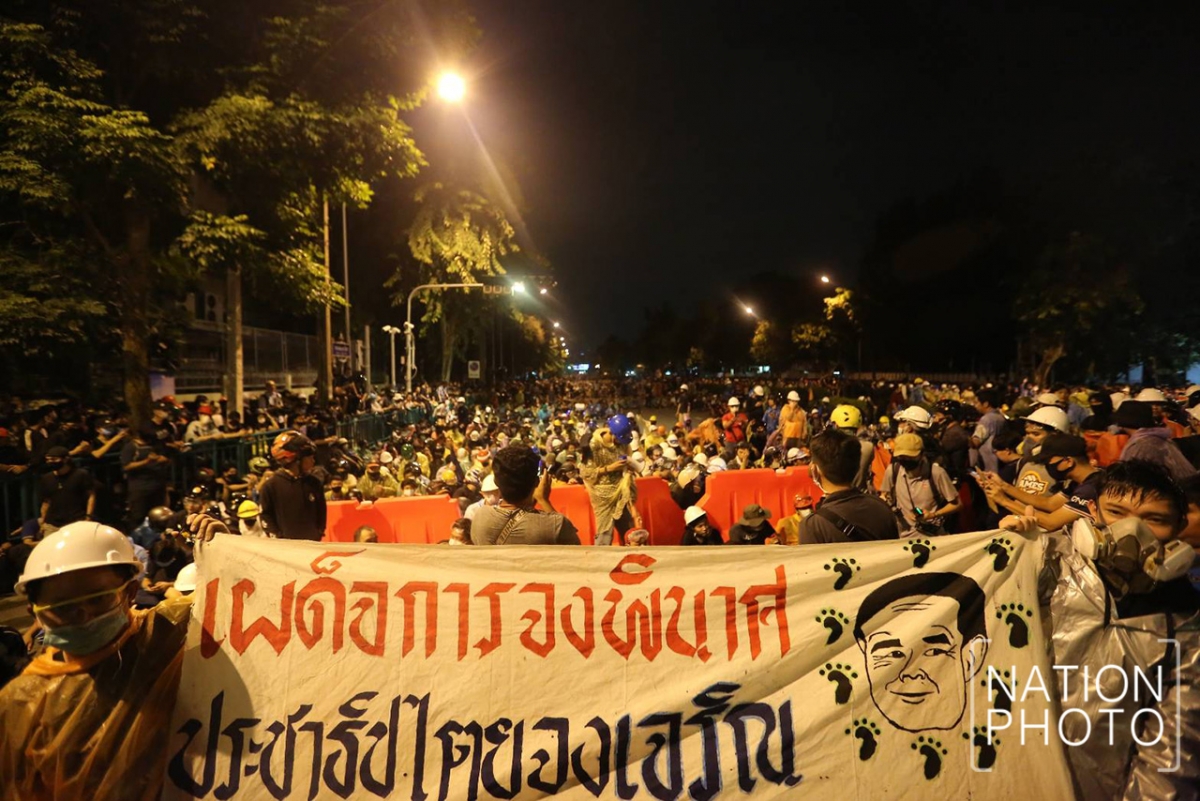 After submitting the letter, the protesters dispersed peacefully at 9.30pm.