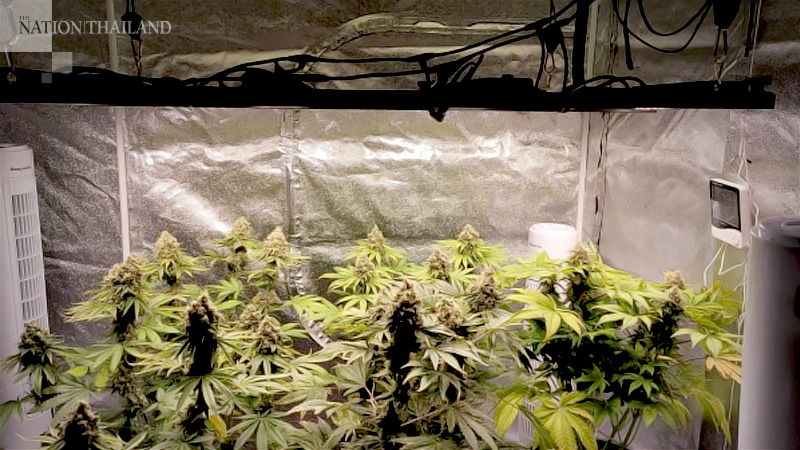 The Region 5 Provincial Police Bureau raided a rented house on Chiang Mai-Hod Road in Suthep subdistrict, Chiang Mai’s Muang district, on Wednesday after police intelligence reported that a foreigner had been allegedly growing marijuana there for sale online.

Police promptly arrested the tenant, named Vincent Rich Moritz, 29, of German nationality and reportedly found three greenhouses and 13 cannabis plants as well as a few bottles of dried marijuana that were ready to be allegedly shipped to customers. 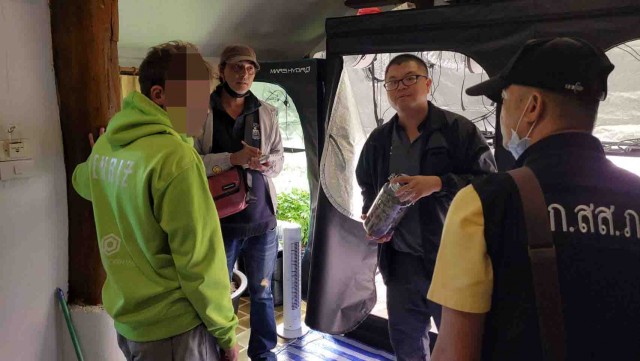 Officials also found tools to grow the plants, soil and fertiliser on the ground floor of the house, which was modified into a temperature controlled room for growing marijuana. 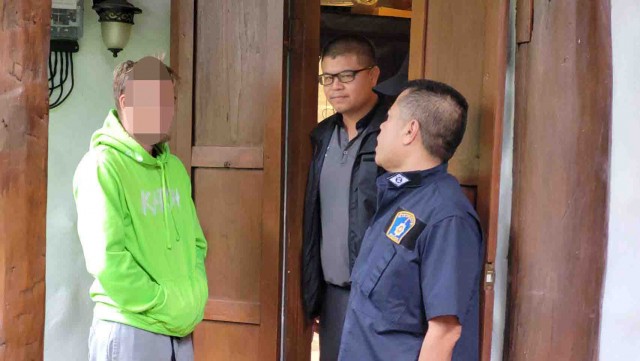 The suspect reportedly rented the house in Chiang Mai for about six months after he was out of a job due to the Covid-19 crisis.

Moritz was taken to Muang Chiang Mai police station to be charged with growing and manufacturing marijuana without a licence.

Police also took in Moritz’s Thai girlfriend, who reportedly admitted to helping the suspect find and rent the house. But she said she had no involvement in growing the marijuana. Officers were interviewing her too.