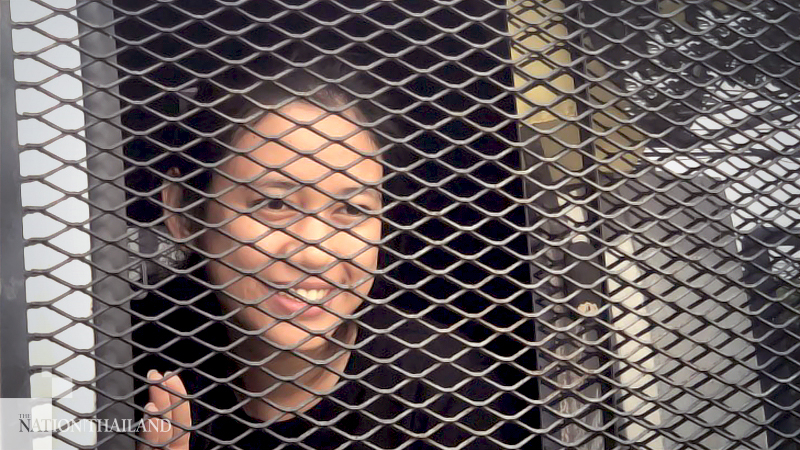 The Pathumwan Municipal Court granted bail to pro-democracy protester Pasarawalee Thanakitwibulpol of the Mahanakorn for Democracy Group on Thursday morning.

She was arrested by Crime Suppression Division officers for violating the emergency decree and was taken to court at 10am.

The bail required no collateral.

She was among a procession of protesters who submitted a resignation letter for the prime minister to sign. The letter was handed to the premier's deputy secretary for political affairs Prateep Keeratirekha.

The arrest came after a warrant was granted by the Pathumwan Municipal Court.

According to a report, Pasarawalee said she was not scared of being prosecuted but the arrest was unfair.

She was sent to Border Patrol Police Region 1 in Pathum Thani.

Police have asked the court for 11 more warrants to arrest leaders of those who participated in the political rally at Bangkok’s Ratchaprasong Intersection on October 15.