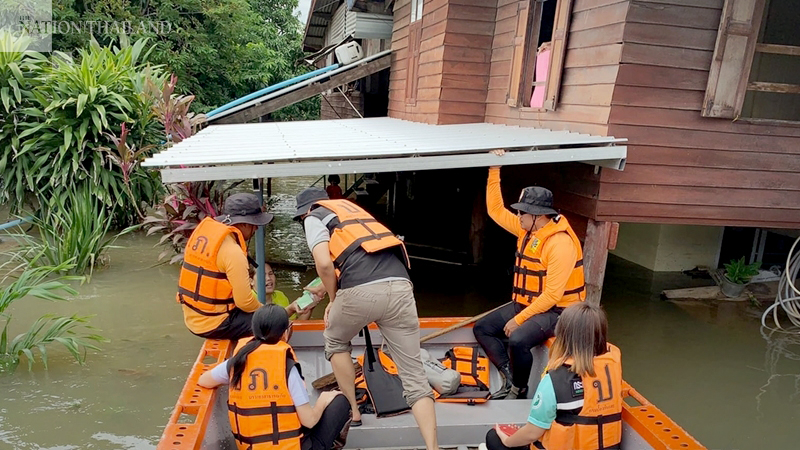 Three people have been killed so far, three injured and 63,672 households affected by the flood crisis caused by storms since October 7, the Department of Disaster Prevention and Mitigation reported on Thursday.

Even though the situation in 14 provinces has improved, flood water remains in 17 provinces.

Rescuers have been dispatched to help affected people and solve water drainage problems.

The department is coordinating with various organisations in each province to handle the crisis and examine the damage in order to request financial assistance from the Finance Ministry.