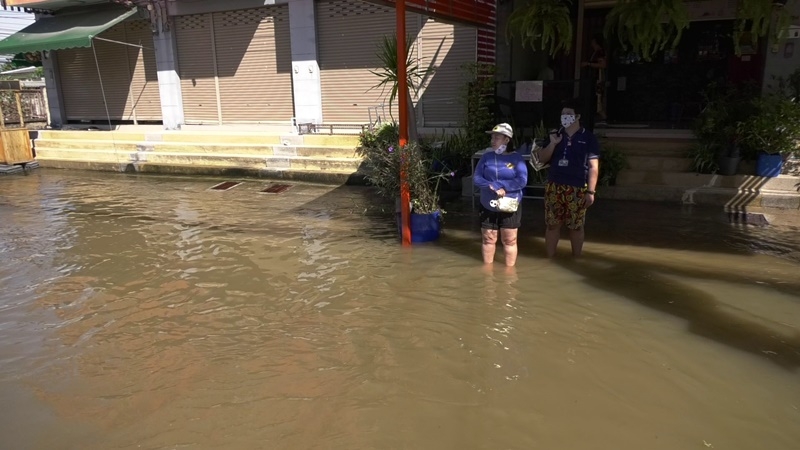 About 500 households have been hit by the flooding, with 20  now uninhabitable. Residents have been warned to evacuate to higher ground while soldiers are building sandbag walls to defend lowland villages in the area.

Authorities say water levels in the dam are now stabilising and should begin to drop if the region sees no more heavy rain.

Wissanu Bu-sra, 45, said that seven or eight houses in his village close to the dam had been submerged since Wednesday, with residents forced to move their belongings and livestock to higher ground.

He added that locals were experiencing severe suffering, since local government agencies had failed to solve the seasonal problem, only delivering aid packages and then leaving.