Members of Ramkhamhaeng Network for Democracy led by Thitima Butdee, 19, visited Bangkok’s Hua Mark police station on Thursday to file an assault complaint against a group of royalists.

The two groups clashed on Wednesday after yellow-clad royalists broke through metal fencing to get to pro-democracy protesters rallying at Ramkhamhaeng University.

Eyewitnesses said a royalist dropped a speaker onto Thitima, rupturing a tendon in her left foot and leaving her in plaster. 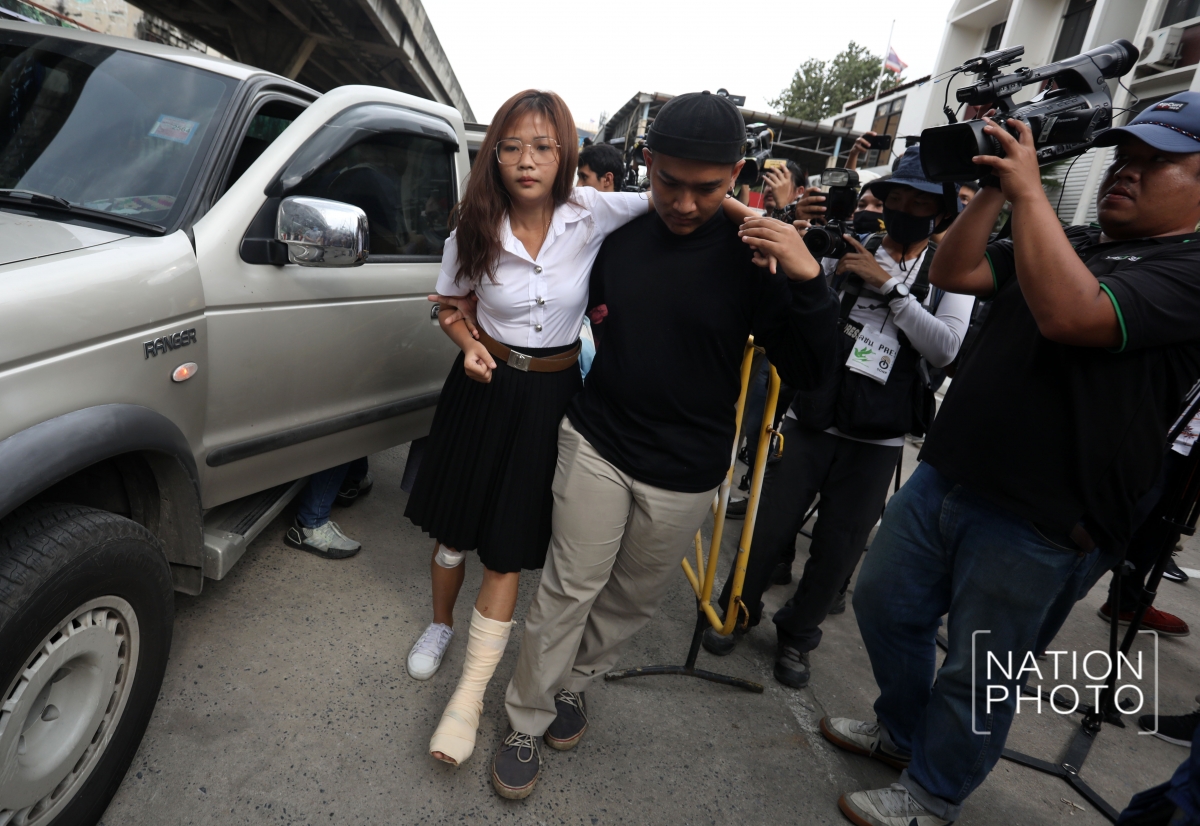 The accused man said he had been provoked by the student-led protesters, an allegation rejected by Thimita who also questioned why the adult royalists had shown less emotional stability than the adolescent protesters. 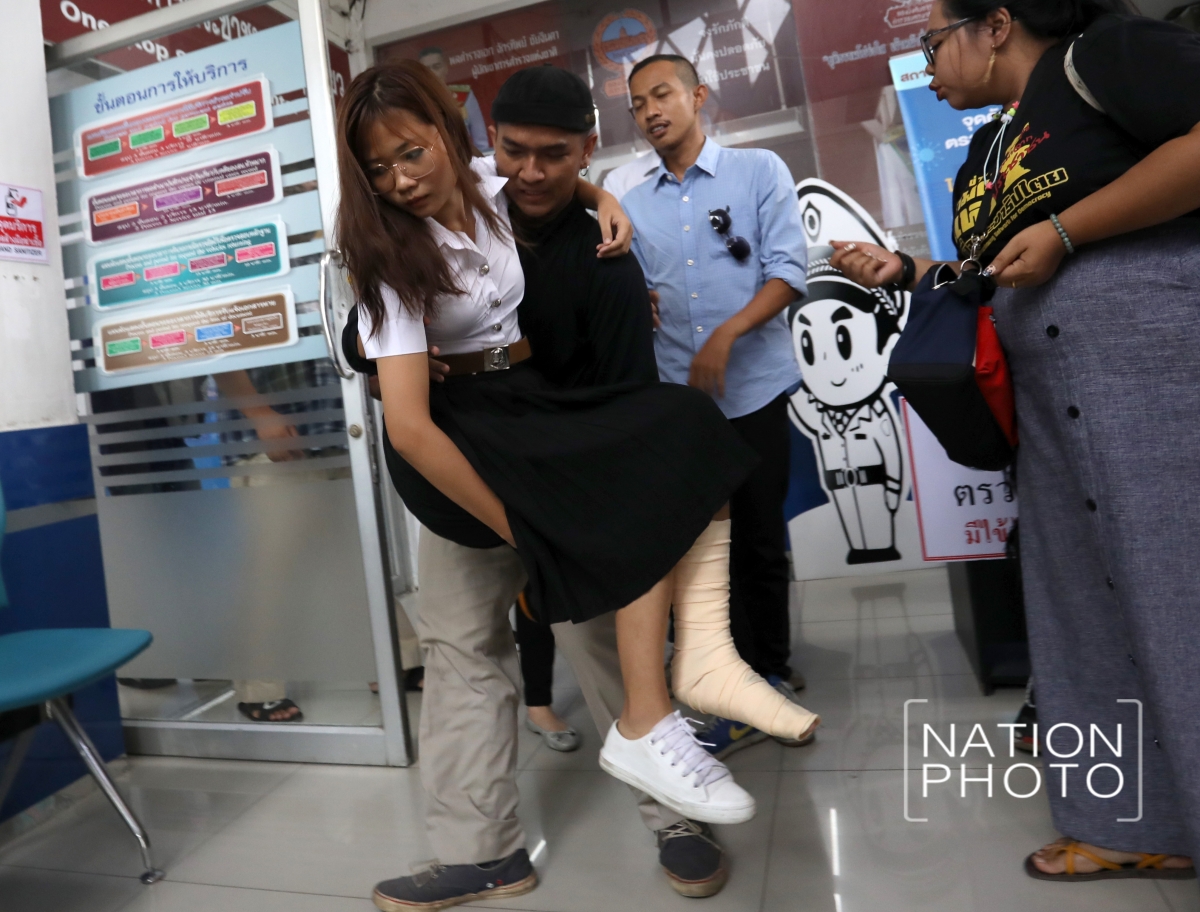 She also condemned the royalist group for not tolerating different political viewpoints and resorting to violence.