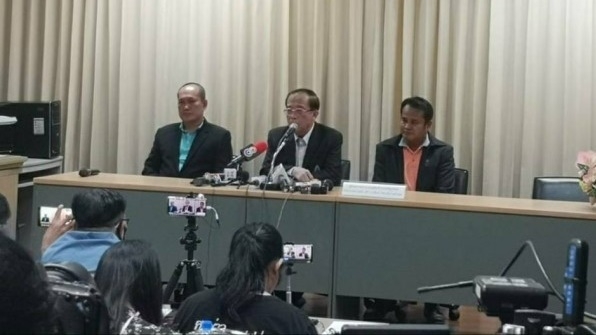 Ramkhamhaeng University has urged royalists and student-led protesters to rally peacefully, a day after the rival groups clashed at its Huamark campus in Bangkok.

Acting rector Asst Prof Wuttisak Lapcharoensap said skirmishes between royalists and protesters on Wednesday evening were “depressing”, adding that neither side had asked permission to rally at the campus.

"After the incident, we asked both parties to leave the area and urged Ramkhamhaeng Network for Democracy protesters to hold their anti-government rally in front of the [university] president’s office instead," he said. "We also asked police to send more officers to the area."

The university set out its stance on the protests in six points:

1. Ramkhamhaeng condemns the violence and its perpetrators.

2. The university will not stop students from expressing their views.

3. It asks both royalists and protesters to hold activities peacefully in line with the law.

4. It is ready to assist those injured during the clash yesterday.

5. The university will establish a committee to investigate the incident and will punish any university officials found to be involved.

6. The university asks both sides to respect differences in people's viewpoints.

Wuttisak also said the university would take legal action against anyone who harmed its students.

"The university will close its entrance when royalists or protesters hold activities in the area," he added.