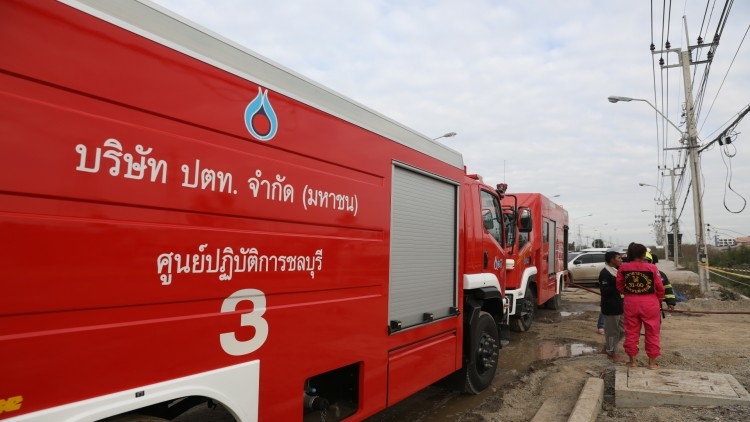 At least three people were killed when an explosion from a PTT gas pipe ripped through Bang Bo district in Samut Prakan on Thursday afternoon.

PTT said it was collaborating with local rescue staff to aid victims of the blast.

Residents living nearby fled as the explosion sparked a fire that spread quickly.

Students and staff from the local Preng Wisuttha Tipbodee School were evacuated as firefighters arrived to control the blaze.

Two elderly women were among the three victims killed by the blast, with 28 others sent to hospital with injuries.

PTT said the cause of the explosion was being investigated, adding it would take responsibility for the damage to property and life.