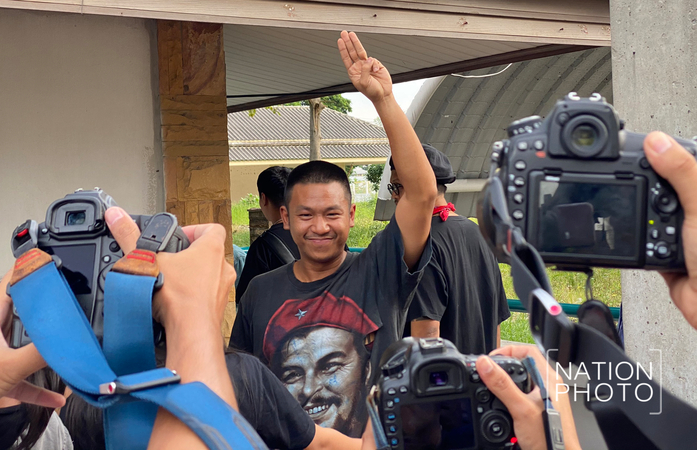 Pro-democracy activist Jatupat “Pai Dao Din” Boonpatararaksa walks out of the Bangkok Remand Prison after the Appeal Court grants him bail on Friday.

Pro-democracy activist Jatupat “Pai Dao Din” Boonpatararaksa was granted bail by the Court of Appeal on Friday, after the Criminal Court twice denied requests for his temporary release. 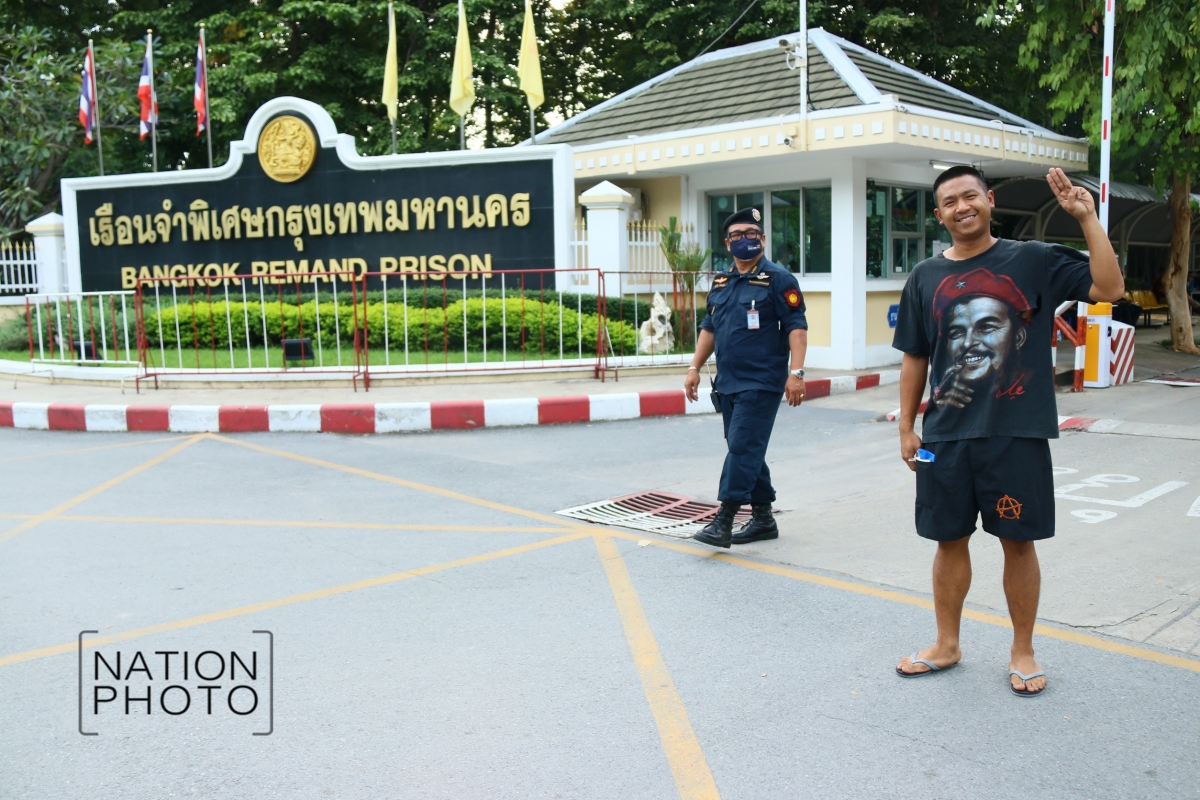 The Appeal Court explained it granted bail since the activist was unlikely to abscond or influence evidence related to his cases. Bail was set at Bt140,000.

Jatupat was arrested on October 13 along with 19 others while participating in a rally at Democracy Monument. He faces 12 charges, including sedition and organising a public assembly without authorisation.

Meanwhile, pro-democracy demonstrators gathered outside Bangkok Remand Prison on Friday evening to demand the release of eight  other protest leaders who remain in custody. The theme of the demonstration is “Camping Not Jail”, with protesters vowing to spend the night outside the prison. Move Forward Party MPs will appeal to the court for bail again tomorrow. 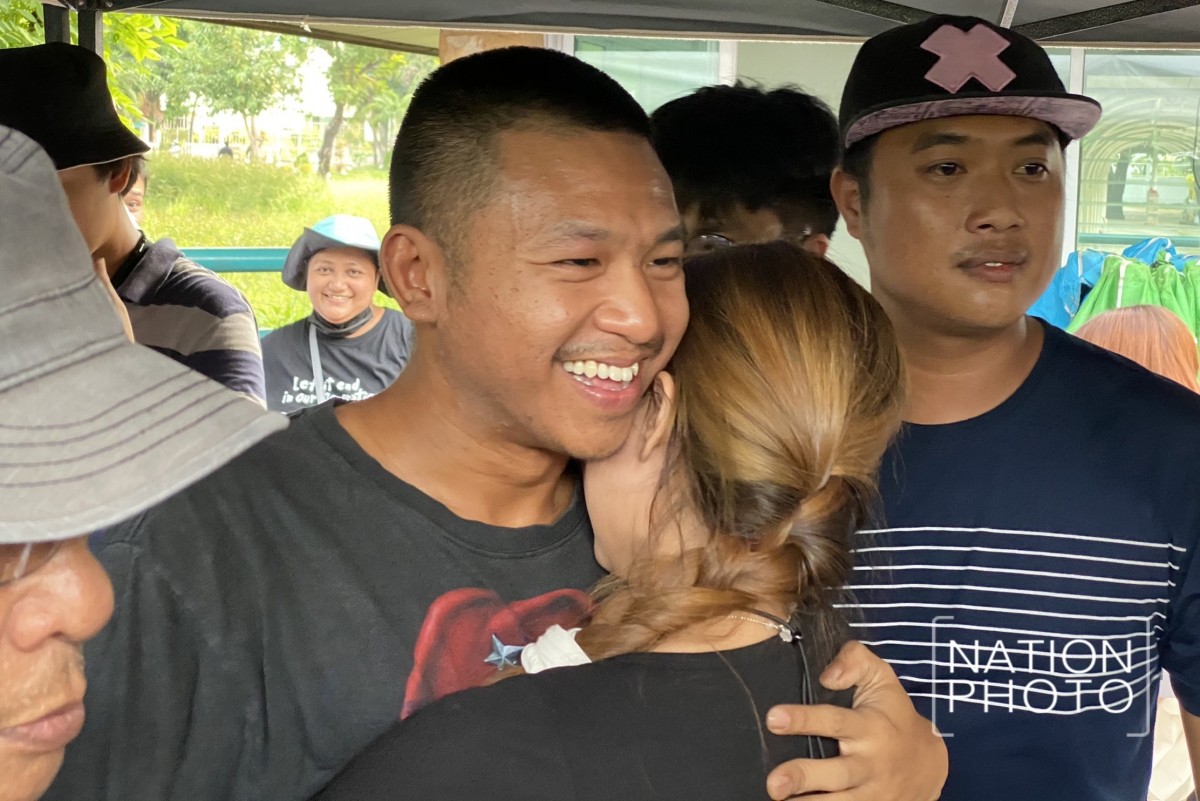 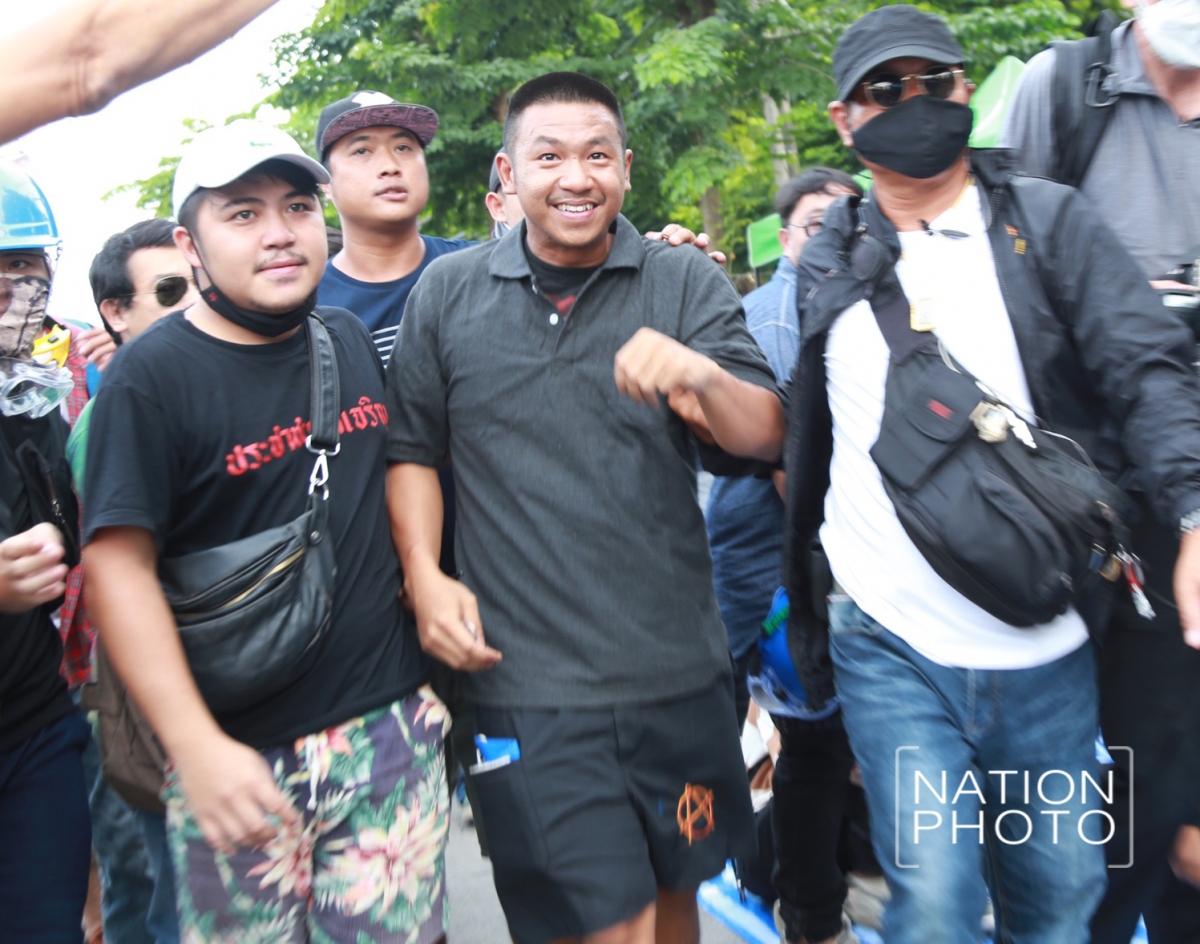