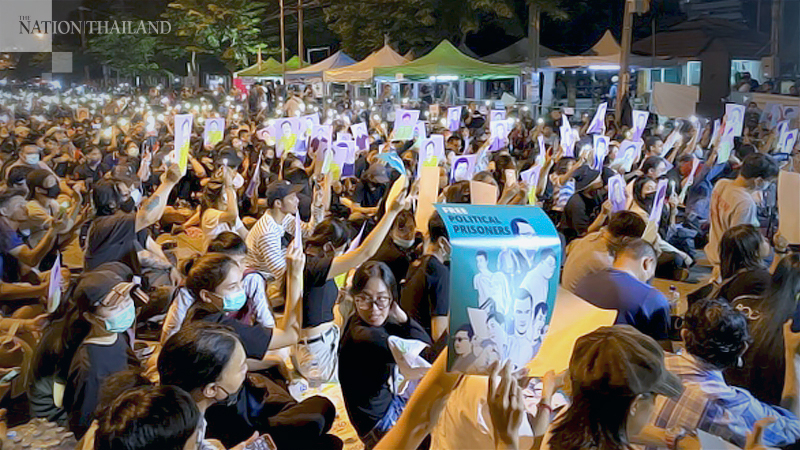 Pro-democracy protesters of the Ratsadon (The People) group have gathered in front of Bangkok Remand Prison in Chatuchak district since Friday afternoon, urging the authorities to release protest leaders who had been arrested and held at the prison.

The protesters also vowed to stay overnight while deploying steel barriers on Ngamwongwan Road, blocking traffic and allowing only the vehicles of rally participants and ambulances. 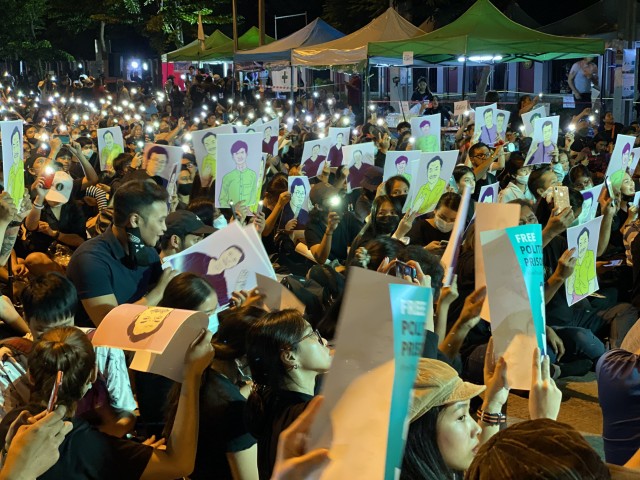 During their speeches, protest leaders also made five demands of the government: Stop all prosecution of arrested leaders; stop harassing the public by limiting their freedom of speech; General Prayut must resign by October 24; allow the amendment of the Constitution as proposed by the people and revoke senators’ voting rights; and reform the monarchy. 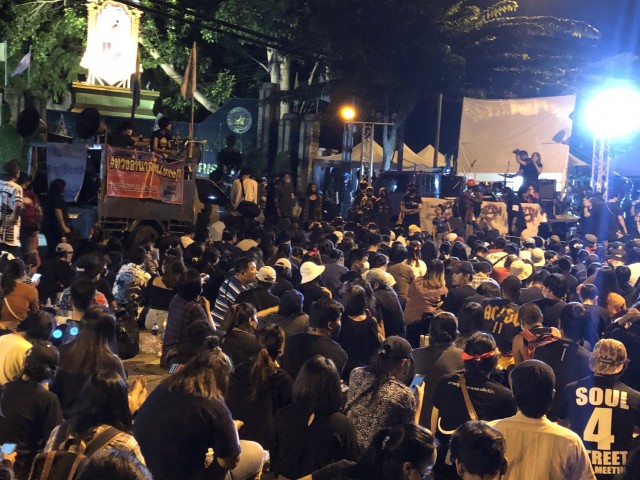 At the rally site there was also a music performance by Jatupat “Pai Dao Din” Boonpatararaksa, a protest leader who was freed on bail from Bangkok Remand Prison earlier on Friday, as well as a street art exhibition on a single white canvas of over 100 metres along Ngamwongwan Road.