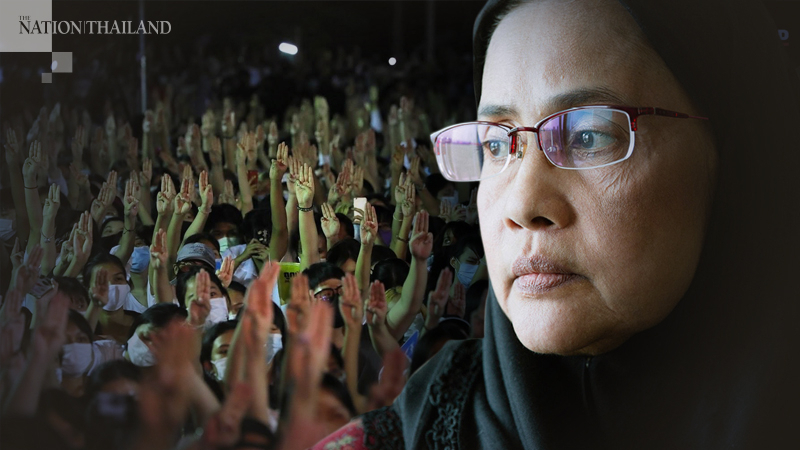 A prominent human rights activist has attacked the government’s intention to use Parliament as an opportunity to defend its suppression of pro-democracy protesters, instead of seeking a peaceful solution.

Former National Human Rights commissioner Angkhana Neelapaijit posted on her Facebook on Friday night that several people have read the prime minister’s documents informing the house speaker about main reasons to open the extraordinary session of Parliament on October 26 and 27.

Angkhana said that the document gave no hope about resolving the current political issues. The documents clarified that the government, during the special session,will talk about the danger of Covid-19 spreading due to the protesters’ rallies to explain the police’s violent crackdown on October 16, and the obstruction of the royal motorcade by some protesters.

Angkhana said that the government would not pay attention to the pro-democracy group's demands to amend the present Constitution, or to stop threatening people.

“It is unfortunate that Parliament will not be a place to deal with political problems anymore” she added.