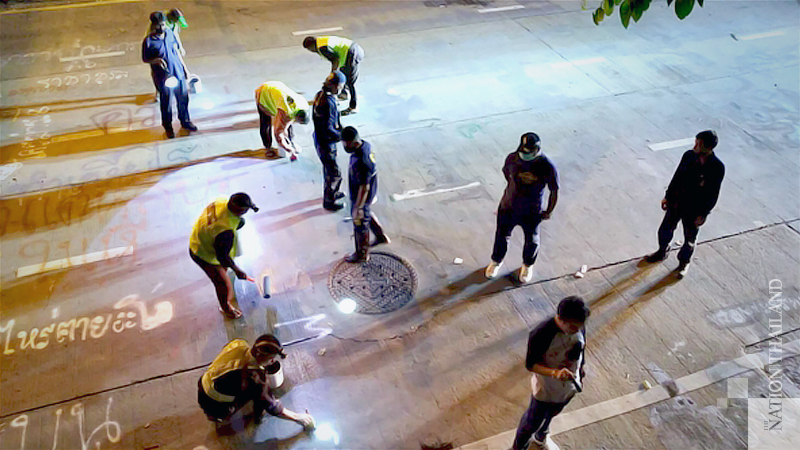 The Bangkok Metropolitan Administration (BMA), in collaboration with several agencies, has deleted paintings and messages left on Ngamwongwan Road by protesters gathered in front of Bamgkok Remand Prison. 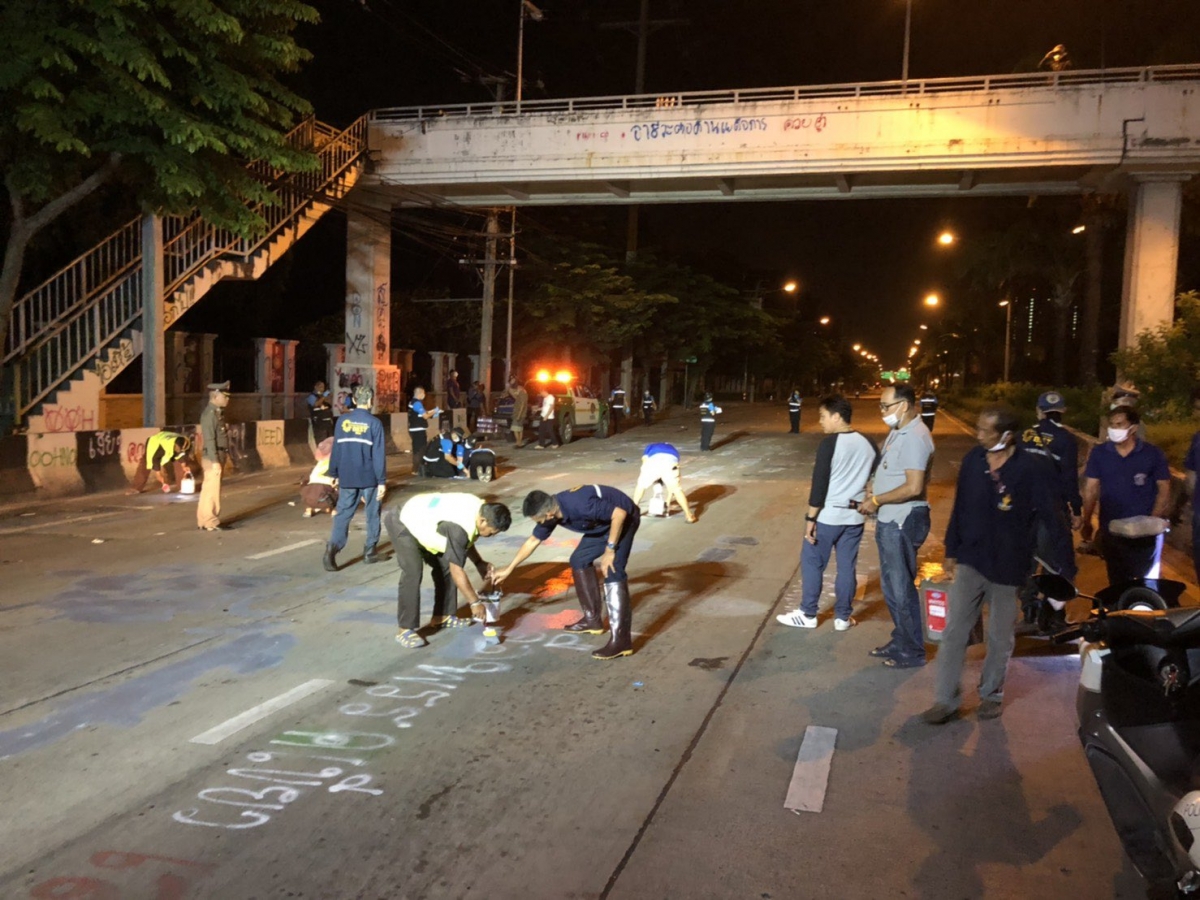 The BMA said on Sunday that after the protesters, who were demanding the resignation of the prime minister and release of protest leaders on Saturday night, had dispersed, the city agency joined with many departments and worked until 4.45am to spruce up the area. They deleted messages sprayed on the road so that people driving vehicles on the route could clearly see the traffic signs.

Plastic water bottles, food boxes and food waste weighing 3,100kg were collected from the area. However, the BMA said the demonstrators were cooperative and helped to properly collect the waste. 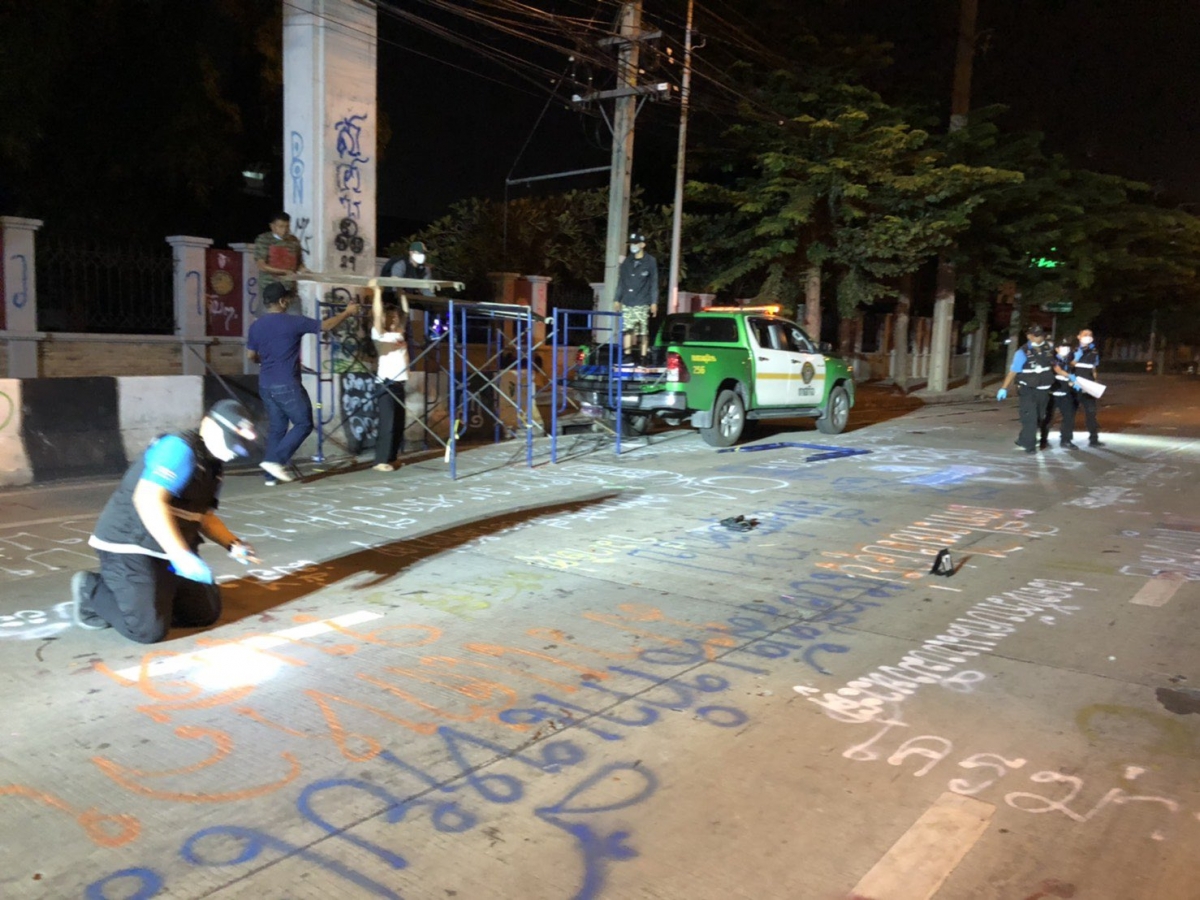