Three Chinese citizens allegedly trying to sneak into Thailand from Myanmar were nabbed on the border in Tak province.

The Fourth Infantry Regiment Special Unit in Mae Sot district arrested two females -- Liu Giau Rong, 29, and Ghen Lihua, 26 -- and a male Chinese -- Nac Ltyi, 36 -- while they were driving into Thailand at 6am on Sunday.

They were driving in a Toyota White sedan and orange Ford pickup truck with Thai registration licence, both cars were owned by Thai people. The officers also founded Bt8 million cash, along with four mobile phones.

The three Chinese reportedly said they worked for online gambling, and that they had fled from Myanmar due to Covid-19 situation getting more serious. They reportedly contacted a broker and hired Thai people to help them enter Mae Sot district.

Initially, they were charged with violating the law closing entry into Tak province for foreigners.

Their cash was confiscated until the investigation was completed.

Officials said that foreign workers and Chinese people were seeking ways to contact Thai people to help cross into Thailand from Myanmar illegally, and offering a high price. Soldiers and police are on high alerted to prevent people sneaking in. 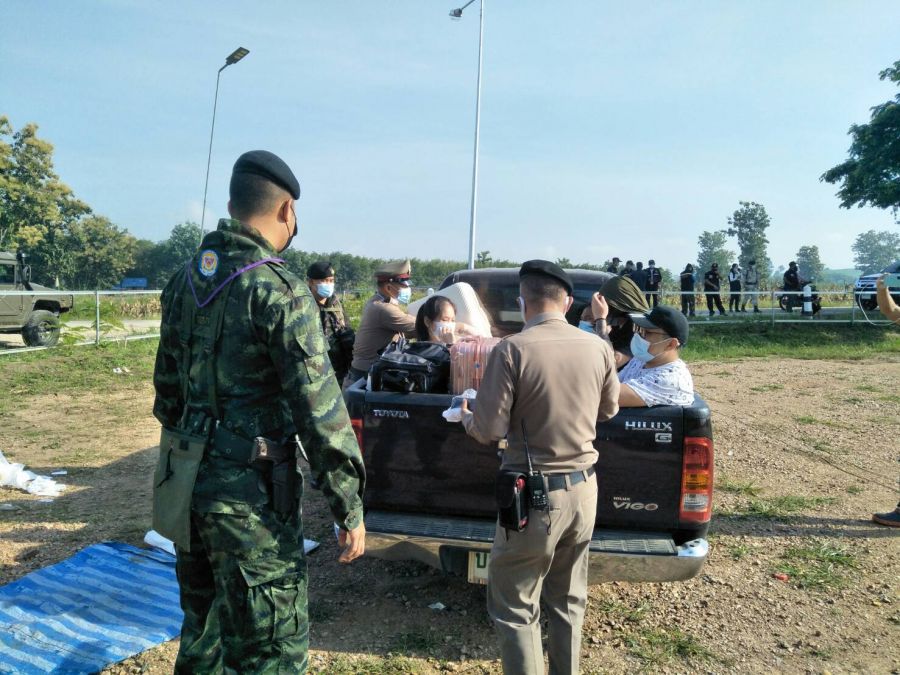