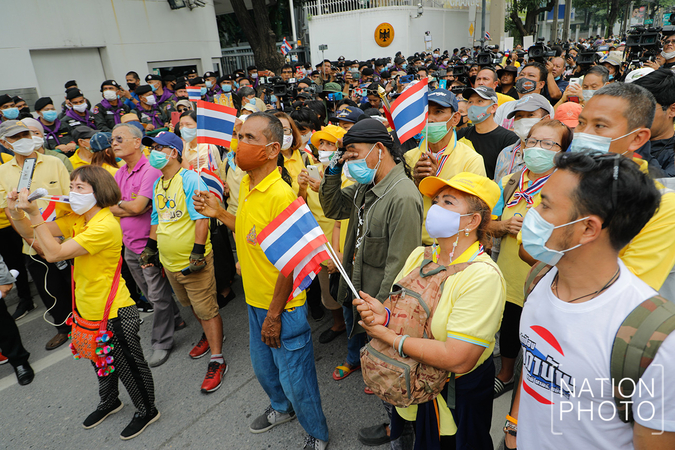 Royalist demonstrators converged on the Germany embassy at 2pm on Monday, where barriers have been set up to protect the latest focus of Thailand’s political upheaval. 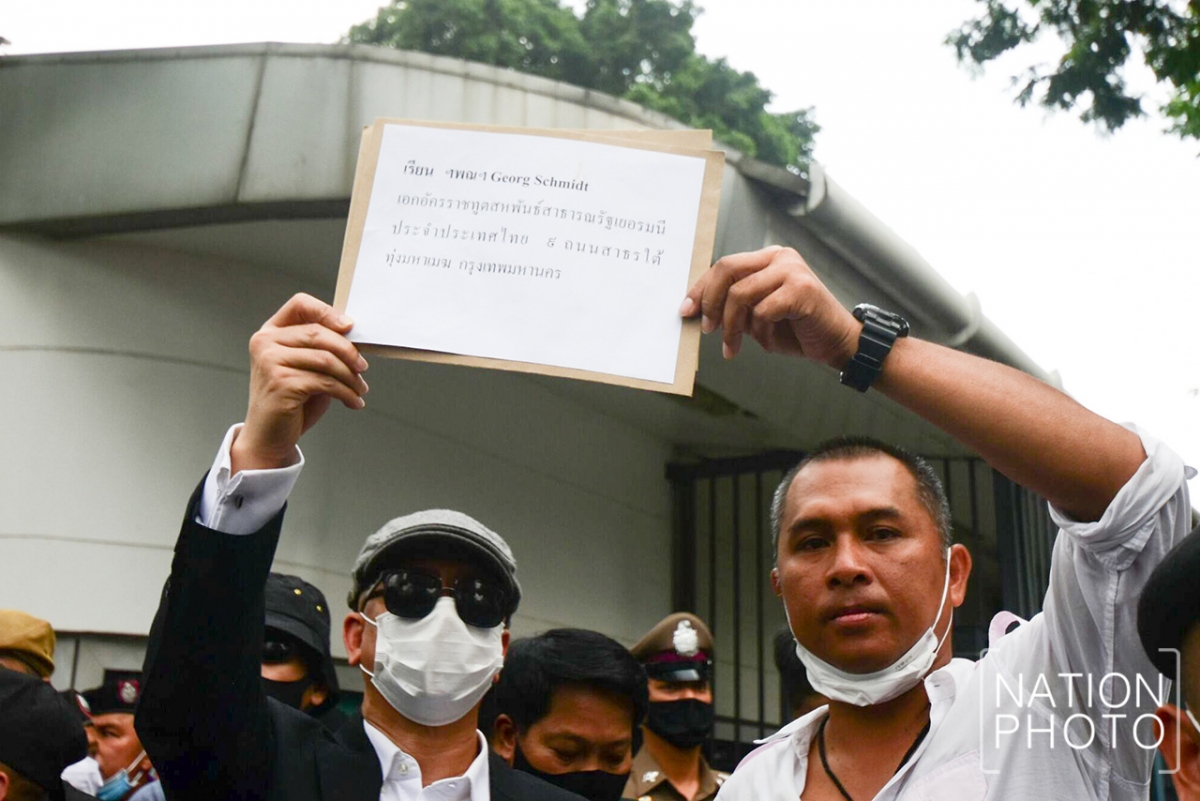 Demonstrators occupied both lanes of Sathon Road outside the embassy from 1pm, halting traffic for more than an hour as police set up steel barriers. 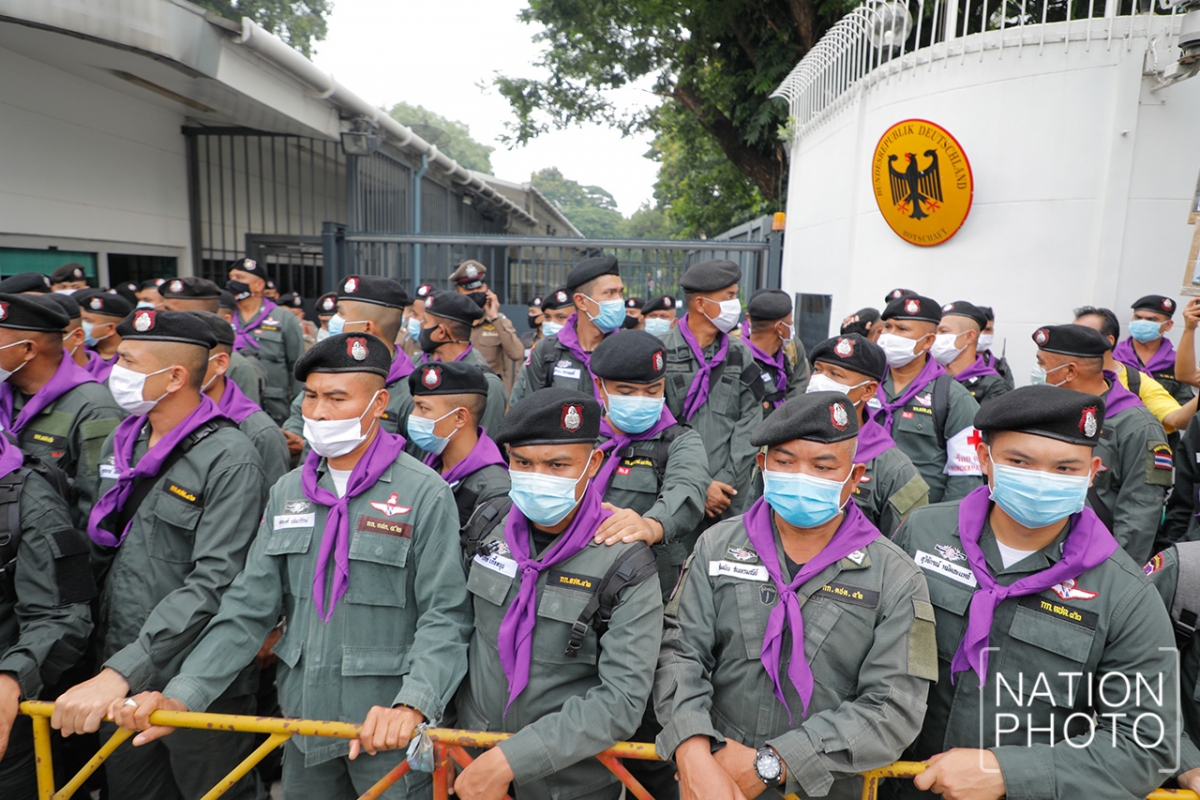 After hearing a short speech from Nititorn, demonstrators dispersed at 2.45pm, explaining they did not want to face student-led pro-democracy activists. The pro-democracy movement will rally at the embassy at 5pm in their latest push for reform of the Constitution and monarchy.

Nititorn said that students should study Thai history, especially the 1932 Siamese Revolution staged by Khana Ratsadon (the Peoples' Party), which founded the principles in chapters 1 and 2 of the current Constitution – that the Thai Kingdom is one and indivisible with a democratic government with the King as head of state.

"You need to stop making the original Khana Ratsadon look bad,” he said.

“If you want to reform the monarchy, you have to ask the majority of people first. We have witnessed a lot of improper behaviour [from student-led protesters].”

"We don't want a president," he added, referring to alleged pressure to abolish the monarchy and turn Thailand into a republic. 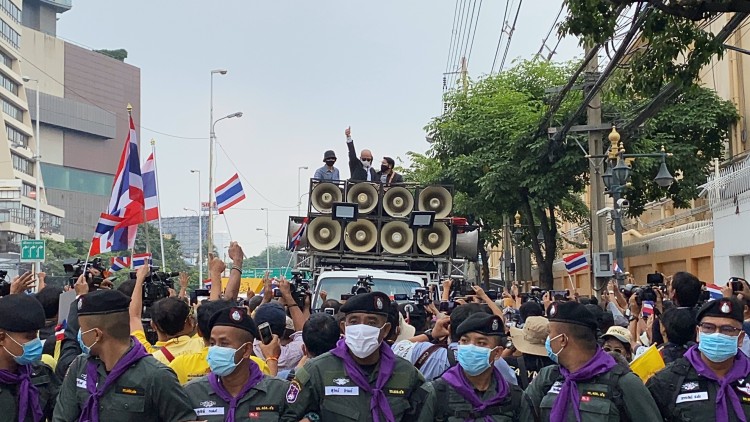 The student-led movement has stated its aim is to reform rather than abolish the monarchy. Pro-democracy demonstrators said they will submit a letter to the embassy this afternoon calling on the German government to investigate whether HM the King is ruling the country from Germany.