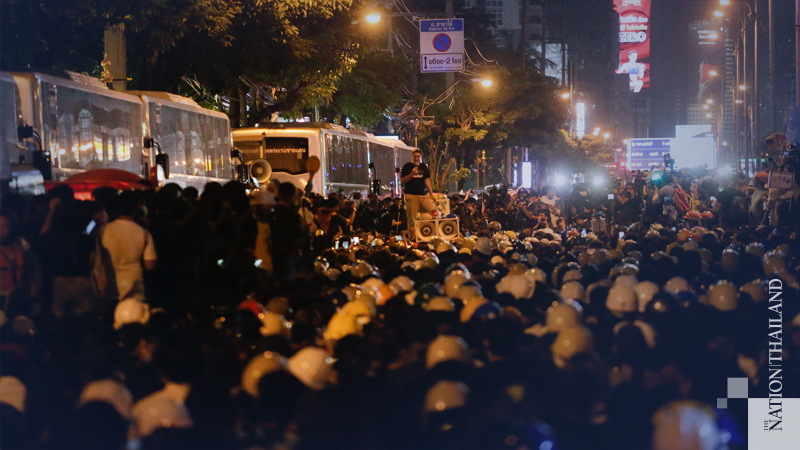 Police said that both royalists and pro-democracy demonstrators were breaking the law on Monday by rallying at the German embassy on Sathorn Road in Bangkok.

The police chief said that the royalist group and the student-led pro-democracy demonstrators had not requested permission for their gatherings, both of which were illegal under emergency law to control the spread of Covid-19.