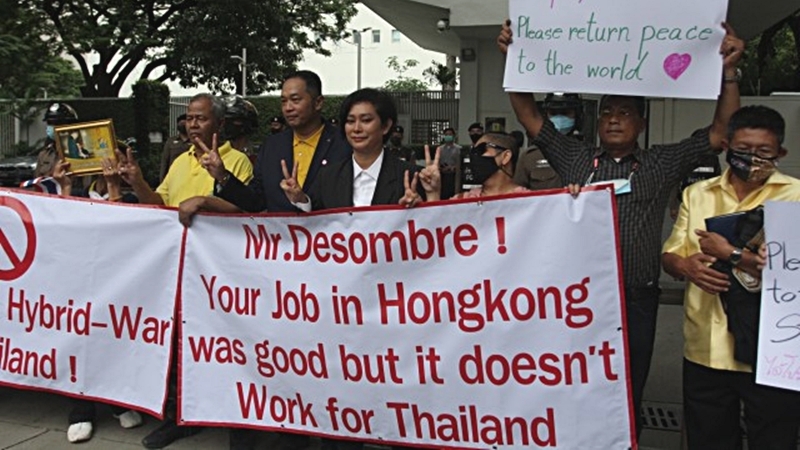 Some 20 officers from Lumpini Police Station were deployed to secure the United States embassy in Bangkok as royalist supporters began gathering in the area from 9.40am.

The protesters were led by former singer Haruethai Muangboonsri, a member of the royalist Thai Pakdee group, who had earlier posted a message on Facebook saying the US should stop dividing Thailand.

“Let’s show the Americans that Thai people are not that easy,” she posted in a comment that was headlined “Stop Hybrid War!”.

She had announced on her Facebook page that the protest would begin at around 10am, and in response both uniformed and plainclothes police officers were deployed to control the situation outside the embassy.

“Don’t make Thais fight among each other or our nation will collapse. Remember that! Stop the conflict and stop the interference. This is Thailand, not Hong Kong,” she said during the rally.