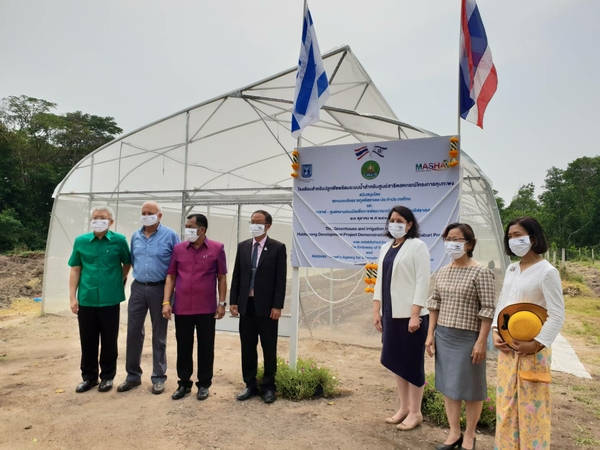 Israel has set up a second greenhouse with a special irrigation and sprinkler system in Phetchaburi’s Cha-am district after achieving success with its first facility set up in 2018 as a demonstration unit for farmers in the area.

The greenhouses are built in cooperation with the Hubkapong Development Project Demonstration Centre, which was established in the 1960s under the vision of King Rama IX. This cooperation included the support of Israeli experts, who helped local farmers overcome difficulties, which resulted in the creation of a demonstration village under the “Thai-Israel Rural Development Project”.

The demonstration village has been built according to Israel’s community “Moshav” model, in which members collectively own the land and share profits earned from production. This successful project has helped local farmers maintain a stable income and has turned the arid Hubkapong area into fertile land.

The agency overseeing this project, MASHAV or Israel’s Agency for International Development Cooperation, has been sharing its knowledge in agriculture, education, medicine, science and technology with more than 130 countries, including Thailand. Over the years, MASHAV has trained more than a thousand Thai participants in various fields.