There were clashes in Parliament on Tuesday after the opposition Move Forward Party called on the prime minister to quit to help resolve the political crisis.

The government Palang Pracharath Party (PPRP) immediately objected, saying that the resignation of the PM would inevitably trigger yellow-shirt protests, which would worsen the crisis. 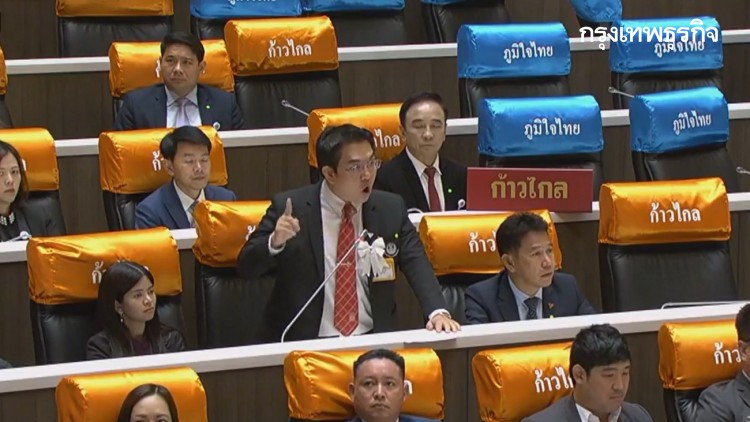 On day two of the extraordinary session, opposition MP Wiroj Lakkhanaadisorn of the Move Forward Party said General Prayut Chan-o-cha had lost all legitimacy and must resign to free the country from rule by the junta National Council for Peace and Order (NCPO).

He accused the government of adding heat to the crisis by seeking to force its viewpoint on citizens.

“We cannot get rid of people with different opinions. The government’s stance is crucial because the parliamentary mechanism must be used to resolve problems and create a safe space to talk with each other and reduce stress. But the government did the opposite. You did not listen to the voice of the people, and the PM thinks he has done nothing wrong”, said Wiroj.

He warned the government of the consequences of using sensitive issues to provoke violence, citing the 1976 Thammasat University massacre and 2010 crackdown on red shirts.

He added that institutional reforms should be discussed rationally in a safe space and an atmosphere of trust.

“I call for the prime minister to resign and the coalition government to withdraw, so we can elect a new PM without the shadow of NCPO to drive amendment of the Constitution. Mr Prime Minister, please make this sacrifice so that people can begin to move their future forward.”

Senator Thawil Pliensri accused Wiroj of spreading falsehoods by comparing the 1976 massacre and 2010 crackdown to the current crisis, where no violence had been used against protesters. 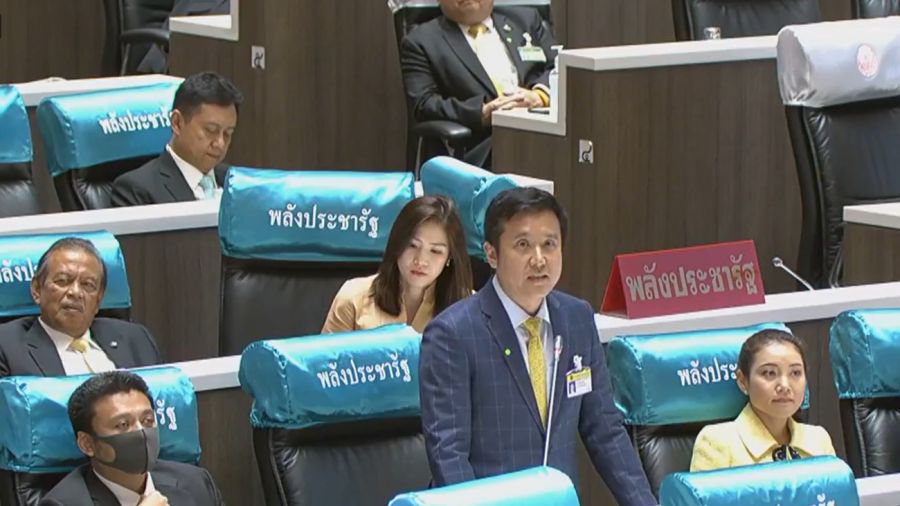 Palang Pracharath MP Chaiyawut Thanakamanusorn added that protesters had dragged the monarchy into the debate and said they would not argue with the dog (government) but with the dog’s owner.

“The original Khana Ratsadon [revolutionary People’s Party] benefited the country in 1932, but how will its namesake in 2020 change the government,” he asked, referring to the student-led protest movement.

He said the movement operated by misrepresenting facts on social media, and questioned whether it was funded from abroad. In the past, certain groups had exploited popular protests to win political power, he said, adding that the goal this time was more than simply ousting the PM.

Chaiyawut then gave his thoughts on five options to resolve the crisis – resignation of the PM, dissolution of Parliament, a military coup, a national referendum on the protesters’ demands, and the government continuing as normal.

“The votes of 376 lawmakers are needed for the PM option. How can we create a new government without the Senate’s votes? We may follow the [protesters’] demand, but yellow shirts (royalists) will not be happy about it. If the current government stays, protesters will also come out. I don’t think the PM quitting or parliament disbanding are solutions; they would just buy more time,” said Chaiyawut.