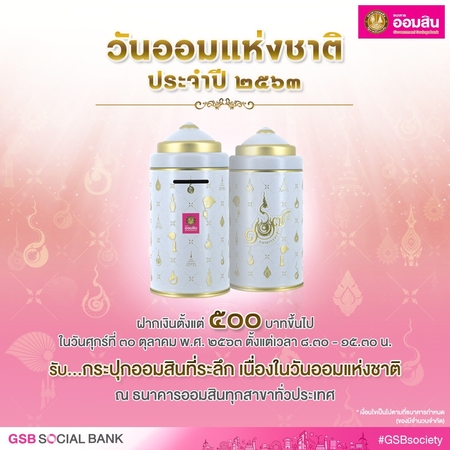 “The GSB has organised activities to celebrate World Savings Day since 1999. This year, we have introduced the new ‘Youth Savings’ account with a minimum Bt100 needed to open an account, and a minimum monthly deposit of Bt50,” he said.

The GSB will also hold a saving competition among students from schools that are members of the GSB School Bank project from January 1 to September 30, 2021. A 100 students and schools that have outstanding savings records during this period will receive prizes totalling Bt2.28 million along with honorary plaques and certificates.

“Furthermore, every customer who opens a new account or deposits over Bt500 at any GSB branch on October 30 will receive a piggy bank to commemorate GSB’s 107th anniversary,” Withai added. 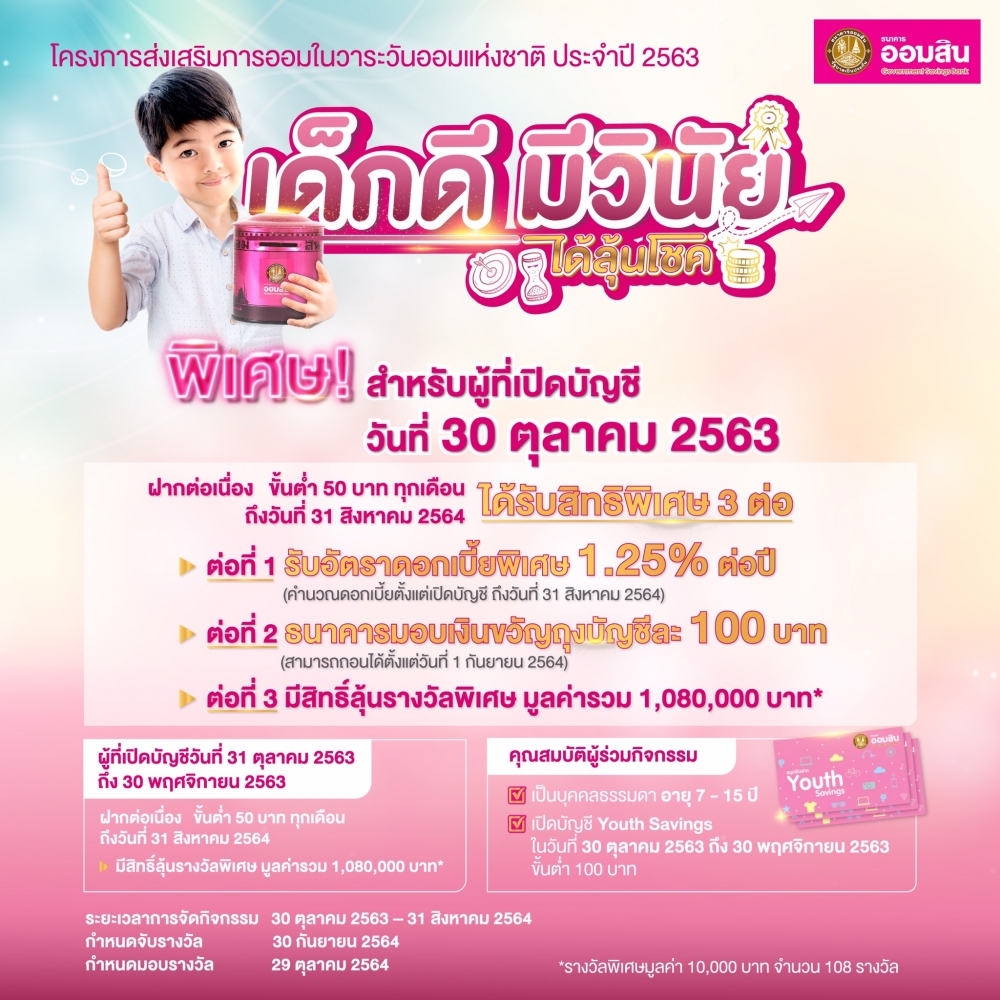