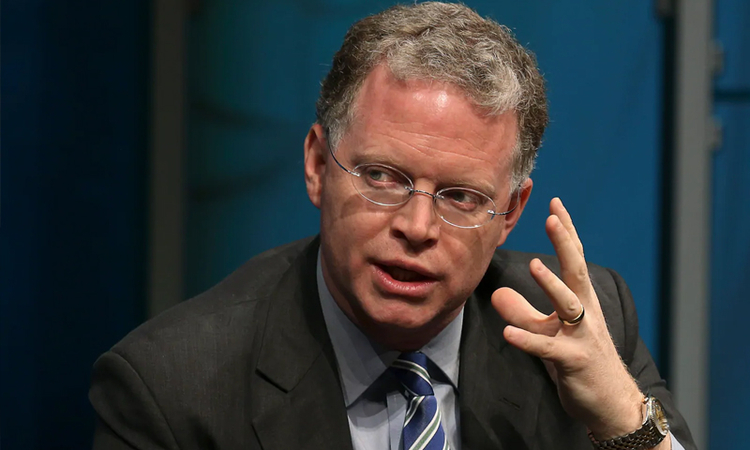 Journalist David Rohde was abducted in Afghanistan in 2008 and held for month in neighboring Pakistan. (Gary Cameron/ Reuters)

NEW YORK - An Afghan man has been arrested and charged with the 2008 abduction of American journalist David Rohde, who was held hostage for seven months along with two others in a terrifying episode that garnered international attention.

Federal authorities in New York announced Wednesday that Haji Najibullah, 42, was taken into custody in Ukraine and transferred to the United States on Tuesday.

An alleged co-conspirator, Akhund Zada, who remains at large, is accused of taking Rohde at gunpoint while the journalist, then with the New York Times, was reporting in war-torn Afghanistan for a book about the conflict. Rohde and the others, both Afghan nationals who were working with him, were later moved across the border to a Taliban complex in Pakistan where Najibullah forced Rohde to call his wife and helped to monitor the hostages, authorities said.

Najibullah appeared virtually for his first court appearance Wednesday, and U.S. Magistrate Judge Ona Wang granted the government's request to detain him without bail. The circumstances surrounding Najibullah's apprehension in Ukraine were not disclosed.

As part of his application for a public defender in the case, Najibullah reported that he works as an importer and has homes in Afghanistan and Dubai. He also said he is married with seven children.

At one point, Najibullah spoke out of turn asking the judge through a Pashto interpreter if he could be released "by bond," prompting the judge to call a recess so he could present the question to Mark Gombiner, his Federal Defenders attorney.

Gombiner declined to make a bid for bail but said he may consider doing so later.

Rohde, now an editor with the New Yorker magazine, made a daring escape from the compound along with another of the hostages, Afghan journalist Tahir Ludin. The third captive, Asadullah Mangal, stayed behind. Rohde wrote a detailed account of their time in captivity months after he returned home.

The two other suspects, Zada and Timor Shah, are named in the indictment, but the U.S. attorney's office in Manhattan did not say whether their whereabouts are known.

Authorities say the suspects forced Rohde and the other captives to make videos in which they begged for help. In one video, Rohde pleaded for his life while Najibullah aimed a machine gun at his face, officials said.

The abductors asked Rohde's family for money in exchange for their release, and pushed the U.S. government to release Taliban prisoners, according to the indictment.

Rohde, who in the 1990s was briefly held captive while on a reporting assignment in the Balkans, did not respond to a request for comment. In a 2010 interview, he said the videos were intended to make his family feel responsible for his abduction.

"I was never beaten or physically abused," he said. ". . . But my captors terrorized my family. . . . I told my captors about my reporting in Bosnia, which helped expose the mass executions of thousands of Muslims. I hoped they would see me as an independent journalist and release me. Instead, they thought, 'You must be worth a lot of money.' "

Assistant Attorney General for National Security John Demers said in a statement that the Justice Department was committed to seeking justice for Rohde and other journalists facing the dangers of covering conflict internationally.

"Journalists risk their lives bringing us news from conflict zones, and no matter how much time may pass, our resolve to find and hold accountable those who target and harm them and other Americans will never wane," Demers said.

The case was handled by the Joint Terrorism Task Force, which is composed of FBI agents and members of the New York Police Department, as well as the Terrorism and International Narcotics Unit of the U.S. attorney's office for the Southern District of New York.