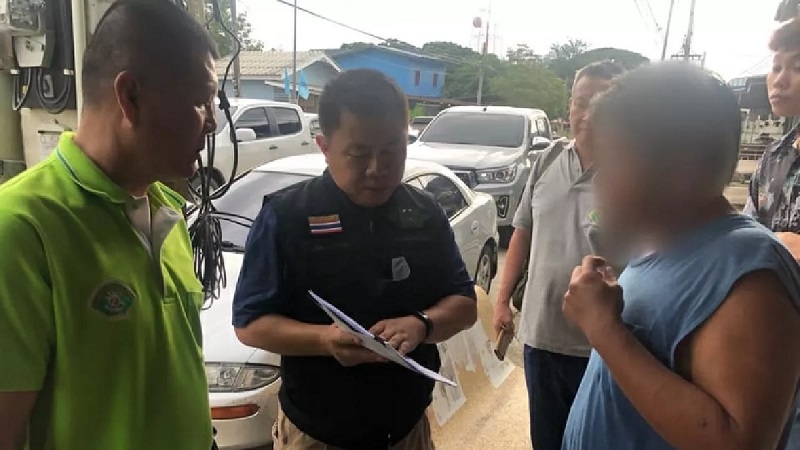 A Prachuap Khiri Khan resident, whose favourite pastime was catching monitor lizards and going on motorbike rides with them tied to the passenger seat, was arrested on Friday for animal abuse charges.

Officials from Kui Buri National Park and a team of special-unit officers showed up at the man’s house after he posted photographs of his antics on Facebook.

The suspect, who goes by the name Chaowalit, confessed that he has been doing this for four months now and often posted photographs on a Facebook page run by wildlife hunters.

He was charged with catching or harming protected wildlife and violating Articles 12 and 89 of the Wild Animal Reservation and Protection Act.

The offender was taken to Ban Yang Police Station for legal action and could face up to 10 years in prison and/or a fine of up to Bt1 million.