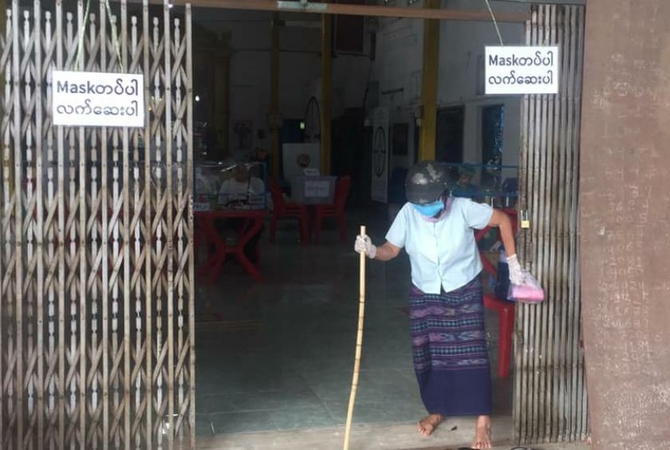 Advance voting are being carried out for 2020 General Election and on the first day of advance voting, voters faced torn envelopes, instead of stamping party logo in the ballot papers, voters are asked to write down  correction mark with bullpen and in some places, some parties logos are found according to MPs in some areas and voters.

For the convenience of senior citizens in casting votes, advance votes are beginning to be cast in Stay at Home townships from October 29 to November 5.

In accordance with the guidelines for controlling COVID-19 issued by the Ministry of Health and Sports, voters must follow social distancing rules, wear face shields and masks. Body temperature will be checked at the polling stations and hand gels, liquid soaps will be placed at the ward and village election commission offices according to the Union Election Commission (UEC).

Those who will cast their votes at their homes will be done so by the commission according to timetables.

On the first day of advance voting on October 29,  envelopes that contained ballot papers were torn and some were unsealed according to voters who gave advance votes on that day.

He wrote that advance votes for senior citizens are asked to write down by ball pens instead of stamping logo. Did it mean to ineligible votes and posted messages written to him. Concerning that case, secretary of Magway Region election commission was contacted and he confirmed that it was being investigated.

When casting votes, wearing party shirts, hats and clothes were prohibited but wearing Karen national costumes are not prohibited.

In 2020 General Election, there are 38 million eligible voters and the actual number may less than the previous amount as some townships in Paletwa are excluded for voting.