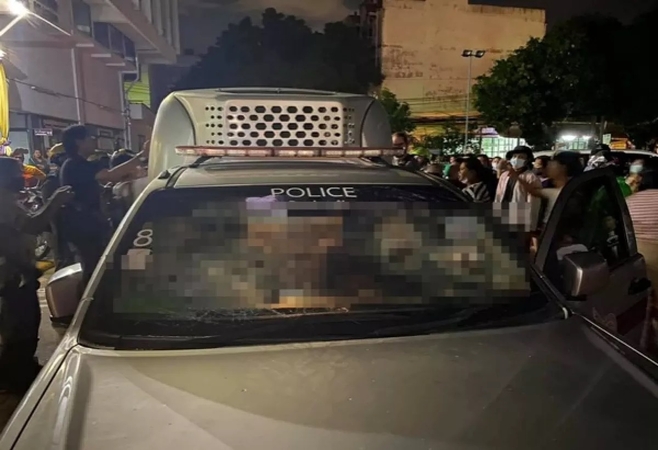 Two protest leaders had to be hospitalised after a delay in their release despite a court order caused a pandemonium at Prachacheun Police Station on Friday night.

Protesters smashed the windows of the vehicle carrying them when they were not allowed to come outside. They were furious as this was the second time that the two -- Parit "Penguin" Chiwarak  and Panusaya “Rung” Sithijirawattanakul-- were being denied their freedom.

Four leading figures of the pro-democracy protests were ordered to be freed on Friday evening after the Criminal Court declined to grant a third request by police to detain them for further interrogation.

Panusaya was freed from the women's prison  and policy took her to Prachacheun Police Station too, while Patiwat, after he was freed, told protesters outside the court that Parit and Panupong had been taken away by police.

Panupong, Panusaya and Parit face various charges, including inciting unrest, stemming from their roles in the September 19 rally at Thammasat University's Tha Prachan campus in Bangkok.

At 9.20pm, the prison vehicle carrying Parit and Panupong arrived at Prachacheun Police Station. Officials encountered a group of protesters, who reportedly surrounded the vehicle and smashed its windows to try to free the two protest leaders when the officials appeared to be prevaricating. Police rushed to prevent the protesters from forcefully opening the vehicle’s door. 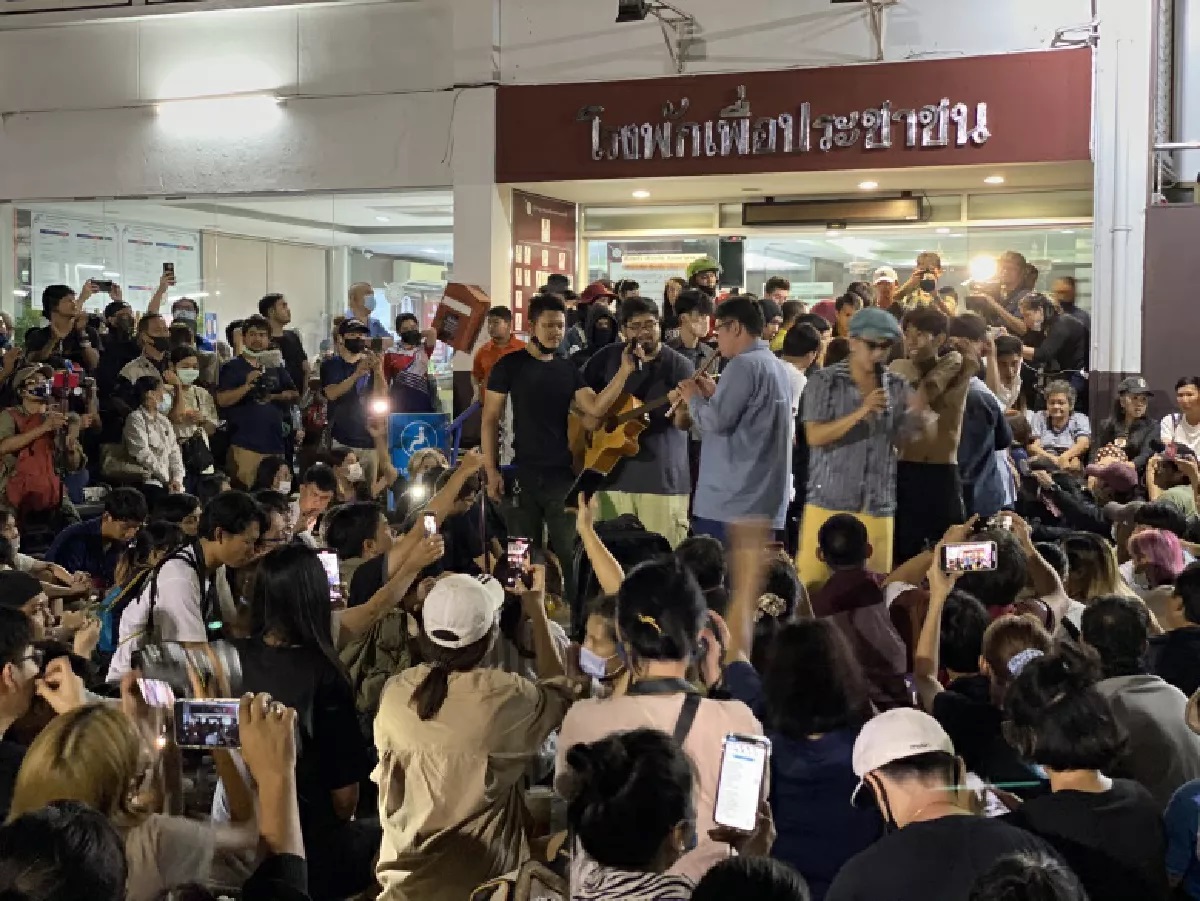 At 9.50pm, Panupong had to be hospitalised at Kasemrad Hospital after he possibly suffocated and passed out in the vehicle. He  was later taken to Praram 9 Hospital. His body showed some signs of being beaten, according to Tossaporn Sereerak, a doctor and former Pheu Thai MP who gave him first aid on Friday night. He said Panupong was conscious in hospital , where the doctor promised to scan and check his health.

At around 4.30am on Saturday, Parit, who was exhausted after a night of chaos, as he suffers from asthma, had to be sent to Praram 9 Hospital to treat a cut from a broken glass. Panusaya was also sent to the same hospital.

Police said the three would be later sent to Ayutthaya Police Station because they also face charges in Ayutthaya province.

At around 4.30am, protest leaders announced the end of their gathering at the police station, and told participants to stand by for updates to be announced on Saturday morning.