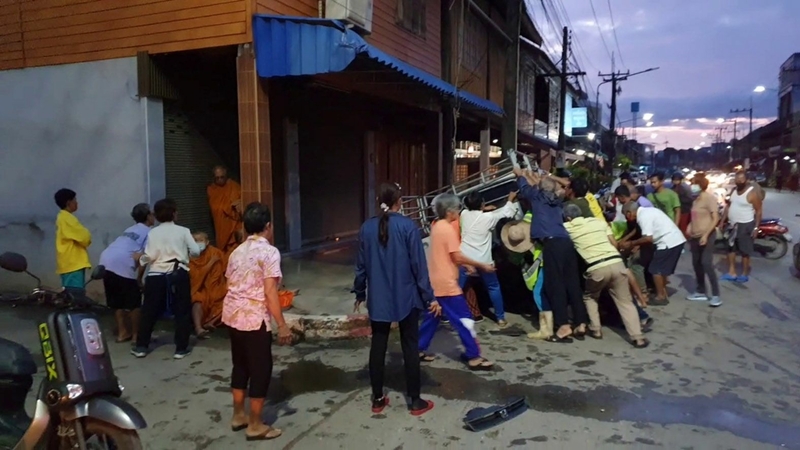 Three monks, including an abbot of a temple, suffered minor injuries while an alms-giver was seriously injured in a freak accident in Chumphon province early on Friday.

At 5.50am on Friday, Lang Suan Police Station was informed about a road accident with multiple injured victims in front of the Lang Suan branch of Thanachart Bank in Lang Suan district.

Police found local villagers trying to lift an Isuzu pickup truck in order to free the body of a man who was stuck under it. The victim was later identified as Boonyarat Jongsakul, 68, a Chumphon local. He was later admitted to Lang Suang Hospital with multiple injuries.

Suta Thammarat, 62, an abbot of Wiwekaram Temple and two other monks from the same temple had minor injuries.

Witnesses reportedly told police that the three monks were making their morning alms round along Lang Suan Road when Booyarat stopped his pickup truck near the footpath to offer food to the monks. “A car which was coming from Lang Suan market lost control at a corner and hit the truck, sending it moving around 15 metres from where it was parked and hitting the truck driver and the three monks,” a witness said. 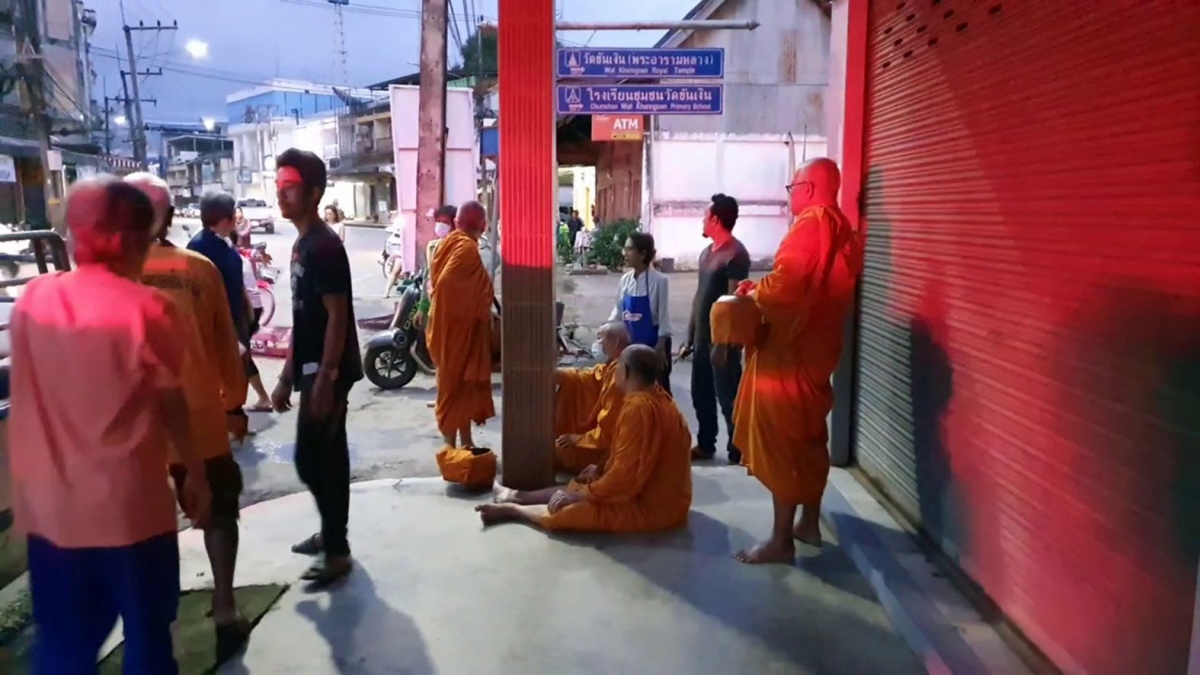 Police arrested Jakkaphong Kapitathai, 30, the driver of the car and were interrogating him to determine the cause of the accident.

One of the injured monks said that they had been walking from the temple, which is around 5km from the market, to receive alms every morning for several years and never been in an accident. “The abbot, the other monk and I were rattled by the incident and had trouble breathing at first but we are now feeling better,” he said.