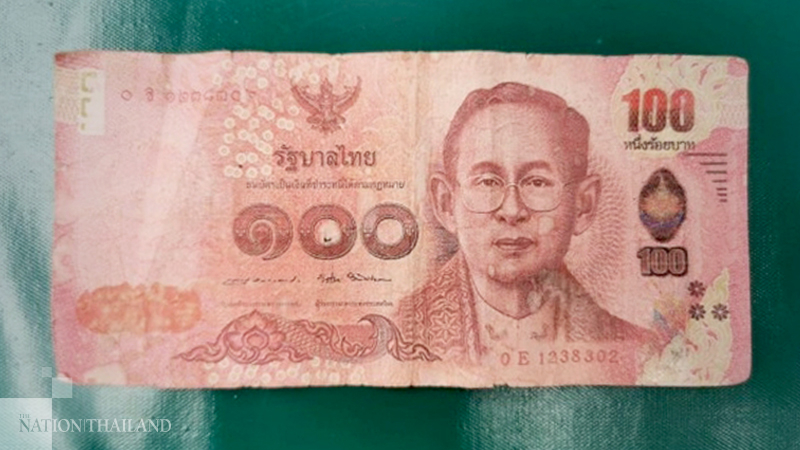 On Tuesday, Araya Lertsansiri, a noodle vendor in Surin Municipal Market, said she received a Bt100 bill that “felt different” than the others.

“The surface of the bill feels like that of photocopy paper and is more coarse compared to other [genuine] bills,” she said. “I wrote down the serial number – 0 E 1238302 – and am contacting the bank to verify whether it’s genuine or not.”

A news source from Bangkok Bank’s Surin branch revealed that a merchant has asked the bank to verify a Bt100 bill that he received earlier as the colour had faded after it was exposed to a drop of water.

“The bank said the bill was fake,” the source stated. “Furthermore, the serial number on the bill is also 0 E 1238302, which is the same number as the suspected bill reported at Surin Municipal Market, indicating that the fake bills are probably from the same source,” he said. 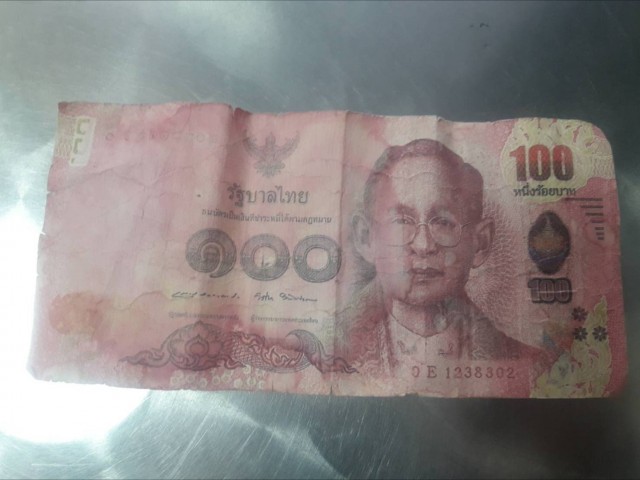 “I want to warn fellow merchants to be extra careful when receiving bank notes from customers,” said Therdphan Warangkhanakul, a local merchant who has had experience dealing with fake bills.

“When you touch fake bills, you will notice that the surface is different from other bills. Also, when you look through it at sunlight you will not see a clear image of HM the King in the blank space as in genuine bills,” he said.

“To those using fake bills, please stop. You are hurting others and the country’s economy,” he pleaded.