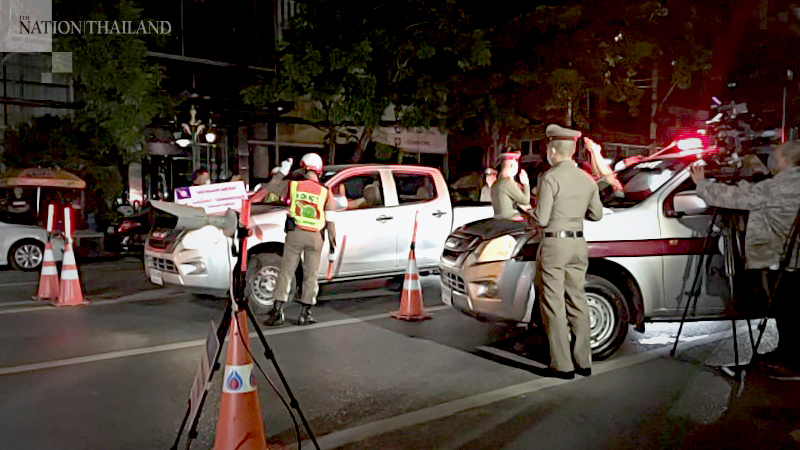 Thonglor police station has set up a new style of checkpoints after complaints that police are forcing motorists to pay them and have double standards.

A committee on police affairs, led by Democrat Party MP Chitpas Kridakorn, visited checkpoints to inspect and follow up on the matter.

National Police chief Pol General Suwat Jangyodsuk has come out with a new policy to boost the standard of checkpoints so that they are now transparent and employ international procedures. Thonglor is the first to trial the new checkpoints.

On Wednesday, police showcased the new methods in checking passengers and vehicles at the checkpoints and dealing with certain situations such as drunk driving.

Policemen are required to produce their badges and inform drivers of their name and the name of their commander. They have been instructed to strictly follow the regulations, which include being polite.

The plan is expected to heighten transparency and lessen corruption at checkpoints.