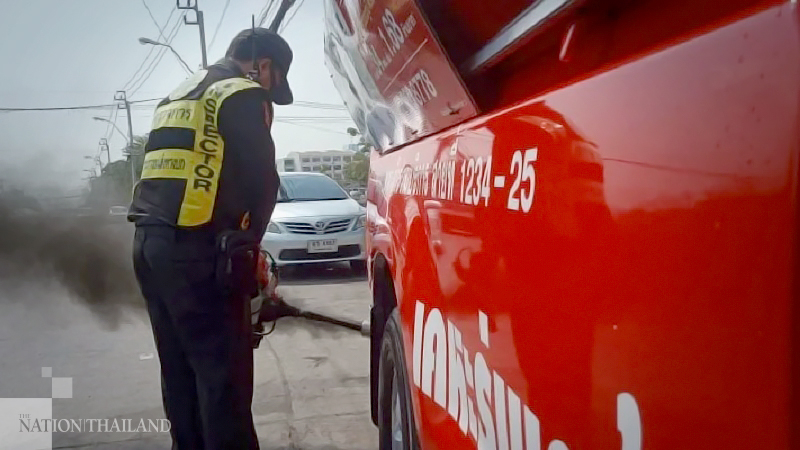 The government is planning to tighten vehicle inspection to deal with air pollution, the top official at the Pollution Control Department said.

The Ministry of Natural Resources and Environment will intensify measures to deal with polluters, Attapol Charoenchansa, the department's director-general said.

He said 17 units would be set up in Bangkok for more stringent inspection of vehicles to find those emitting black smoke.

The aim is to lessen the level of PM2.5 dust particles (particles less than 2.5 micrometres in diameter) in the big city as diesel engine combustion releases too much pollution, he said.

According to the Land Transport Act, owners of cars that emit smoke would be suspended from driving the vehicles until the cars were fixed, Attapol said.