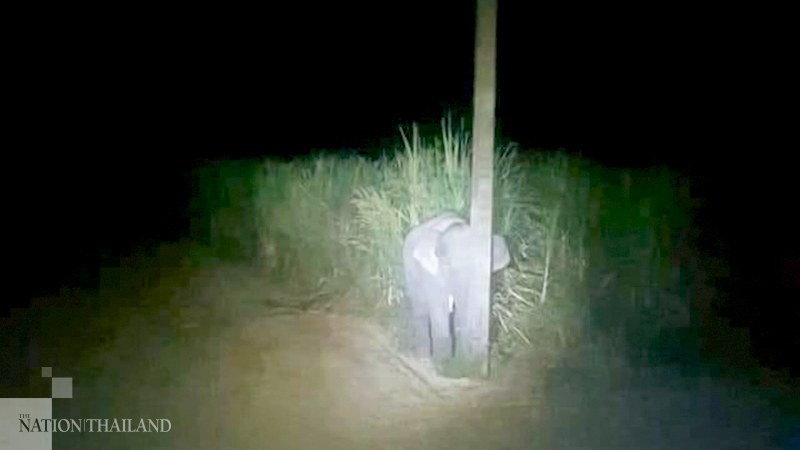 Images of a guilty baby elephant trying to hide behind an electricity post after being caught stealing sugarcane have gone viral on the internet.

The photographs were published on Facebook on Sunday night after a baby elephant was caught feasting on a crop of sugarcane.

Realising that humans were approaching, the little pachyderm began looking for a hiding place and decided an electricity post nearby would provide it with plenty of cover.

It also thought that humans wouldn’t notice it if it stood absolutely still.

People were not just amused by this but also found it endearing and decided to share it with others online.