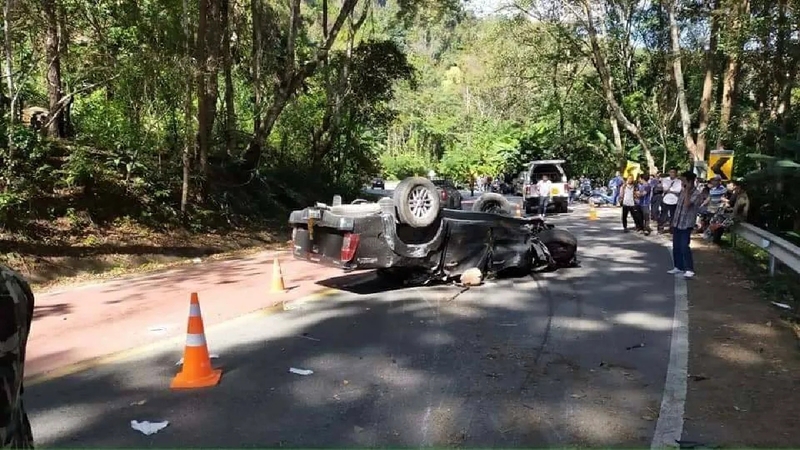 A pick-up truck flipped over, immediately killing all five people inside, at around noon on Friday as it was heading to Doi Inthanon mountain in Chiang Mai province.

Officers from Chom Thong Police Station, who were informed of the accident at 12.50pm, showed up with rescue staff at the accident site near the 31-kilometre marker on the road the mountain.

Rescue staff said all five people had died, while police believe the truck flipped over due to the driver’s carelessness. An official investigation into the case has been launched.

Friday was the second day of the November 19-22 long weekend, and many people have travelled up North to enjoy the fresh air and cool temperatures.