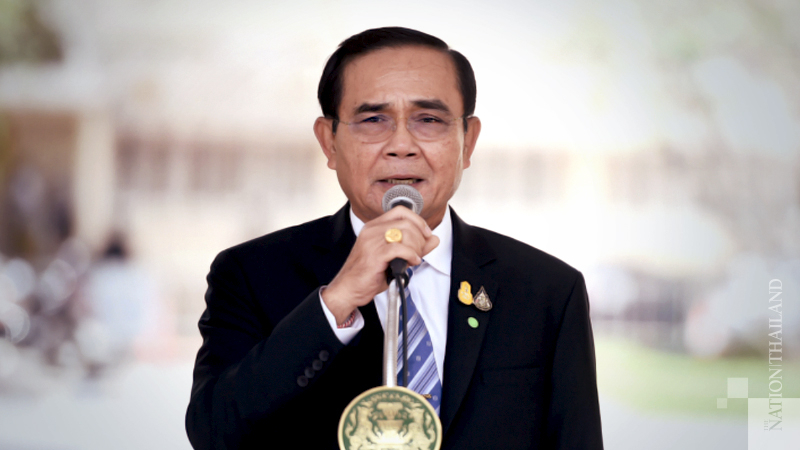 Prime Minister General Prayut Chan-o-cha on Friday said he had never offered to resign, quashing rumours that he would step down before November 25.

Prominent human-rights lawyer Arnon Nampa, who is also one of the core leaders of the pro-democracy movement, had posted a Facebook message earlier on Friday, saying Prayut “might” resign before November 25, the date protesters have scheduled another rally at the Crown Property Bureau in Bangkok’s Dusit district.

“You must ask the person who said it where he got the information from, as I’ve never made contact with Arnon, leader of Ratsadon protester group,” said Prayut. “As they have scheduled another rally on November 25, I believe it is just a propaganda to invite more people to join the protest.

“Should we continue to believe the person who spreads groundless information like this? That is all I’m going to say,” added the prime minister.