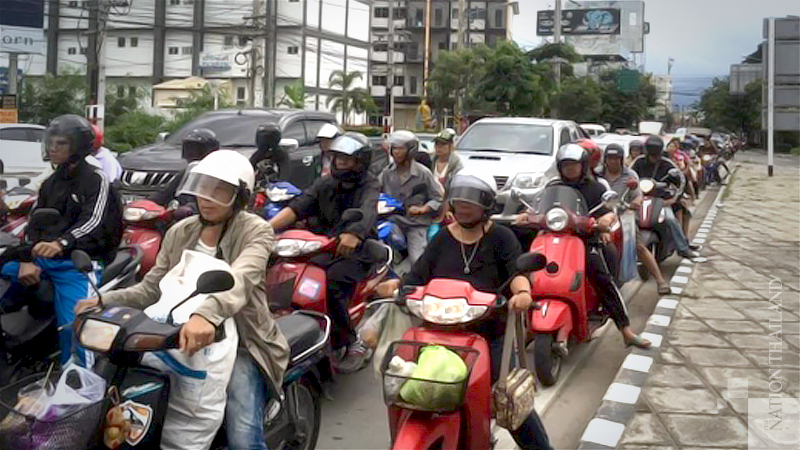 Chiang Mai is bracing for heavy traffic during the long weekend as tourists flock to attractions in the province.

“We have deployed over 1,000 officials at these attractions to facilitate traffic flow. It is strongly advised for tourists to use public transport instead of personal vehicles to reduce congestion as parking areas are limited.

“Apart from visiting tourist attractions, we estimate that around 25,000 people will be attending the Chiang Yai concert event at Royal Chiangmai Golf Club in San Sai district,” he added.

A local news source reported that on Saturday morning, the temperature at Kew Mae Pan Nature Trail in Jomthong district had dropped to 3 degrees Celsius, while it was 9 degrees Celsius on the Inthanon mountain top, which has attracted several tourists who wish to camp out in the cold mountain weather and witness the sunset in the morning.

It is estimated that during the long weekend of November 19-22, Inthanon mountain will see an average of 10,000 visitors per day.

“Several hotels on Mon Jam mountain also reported they were fully booked until early 2021, while the operators expected another wave of tourists during the long weekend of December 10-13, after the government had announced December 11 to be a special holiday to promote tourism,” said the source.