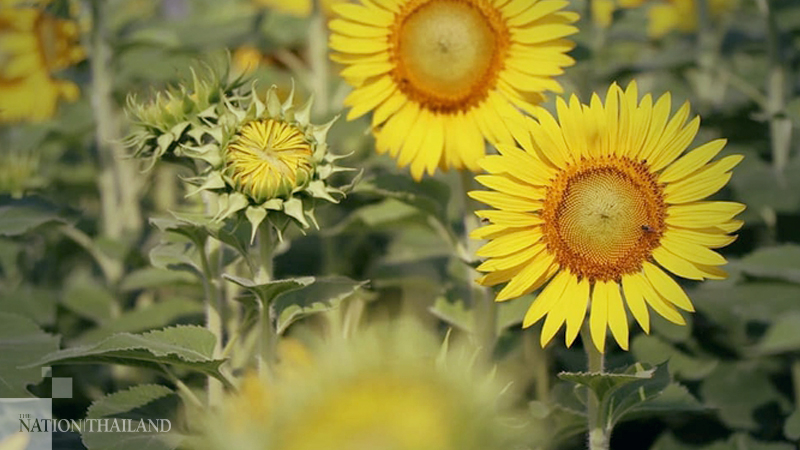 More than 30,000 sunflowers will light up the field in the heart of the city, at the railway park on December 1.

Visitors need to no longer go as far as Lopburi, Saraburi, or up north for floral treats. Bangkok will launch the first flower field on December 2 at Vachirabenjatas Park (Railway Park), Chatuchak, with more than 30,000 sunflowers over an area of ​​4 rai (0.64 hectare) from December 1-20.

From January 12-31, there will be a rose periwinkle viewing festival at Wanaphirom Romklao Park, Lat Krabang district, with more events to come, the BMA said.

Bangkok Governor Aswin Kwanmuang said that this move was an implementation of the policy of Prime Minister General Prayut Chan-o-cha to display the cultivation of colourful ornamental flowers in large plots, parks or other areas where appropriate.

The BMA will arrange beautiful flower fields according to the seasons, spread among five public parks in Bangkok for people to visit, relax and take pictures until 2021, Aswin said.