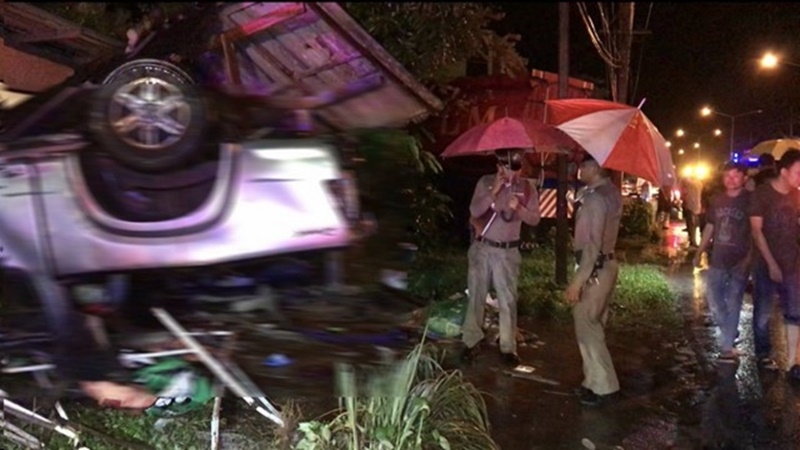 A horrific road accident in Trang province on Sunday injured about 20 people and killed a 10-year-old boy.

At 7.30pm, paramedics were summoned when a truck and pick-up slammed into each other with such force that the truck flipped over and the pick-up landed in a building nearby.

The injured were mostly passengers in the pick-up, who were heading home, including the boy who succumbed to his injuries in hospital.

The truck driver said he was driving on the left lane when he noticed the pick-up had suddenly shifted to his lane and was driving in the opposite direction.

The two vehicles then crashed, and the truck flipped over while the pick-up landed in a nearby building.

The pick-up driver said the rain had affected his vision and he did not realise a truck was coming at him from the other side.